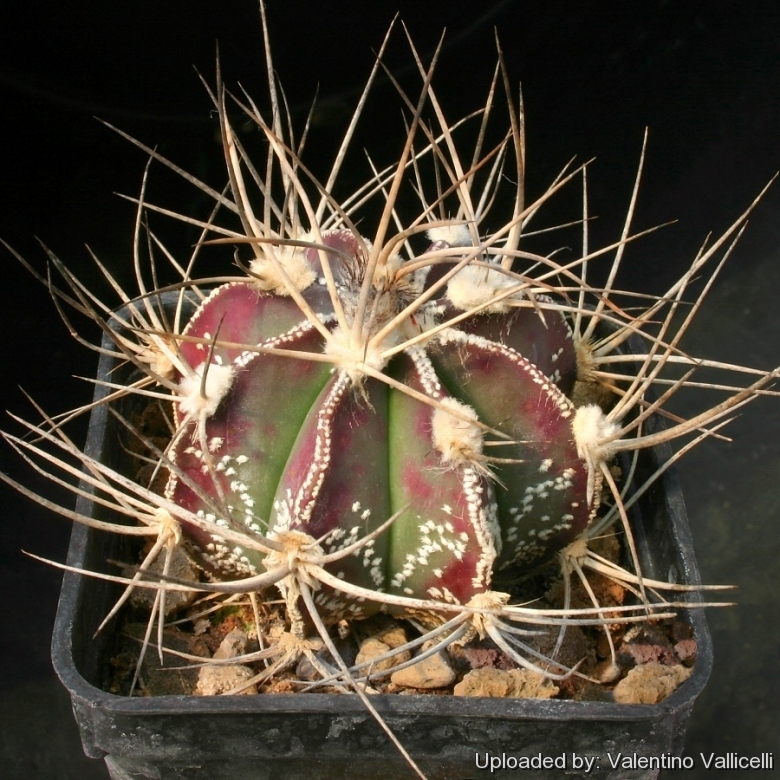 Description: This plant is an example of crossbreed involving two different Astrophytum species (Astrophytum capricorne x Astrophytum myriostigma) the resulting interspecific F1 hybrid shows intermediate characteristic from both the parents and an epidermis covered by silvery scales. This is one of the less common Astrophytum hybrid, because usually this two species fail to crossbreed and even when they give rise to some seeds, these often fail to germinate or generate red or yellow (chlorophyll-less) non-viable seedling. Viable seedling appear unpredictably in seedling batches in a small percentage, and are generally separated from chlorophyll-less plants.

Cultivation and Propagation: Relatively easy to grow. It is sometime seen as a grafted plant but grows very well on its own roots too. Use mineral well permeable substratum with little organic matter (peat, humus). Water sparingly from March till October and keep perfectly dry in winter at temperatures from 5 to 15 degrees centigrade. (but it is Hardy to -7°C for short periods) In the rest period no high atmospheric humidity!!
Sun Exposure: Light shade to full sun.
Propagation: They can be propagated from seed or graft. The seeds germinate in a small percentage and generally the seedling are weak and not viable.