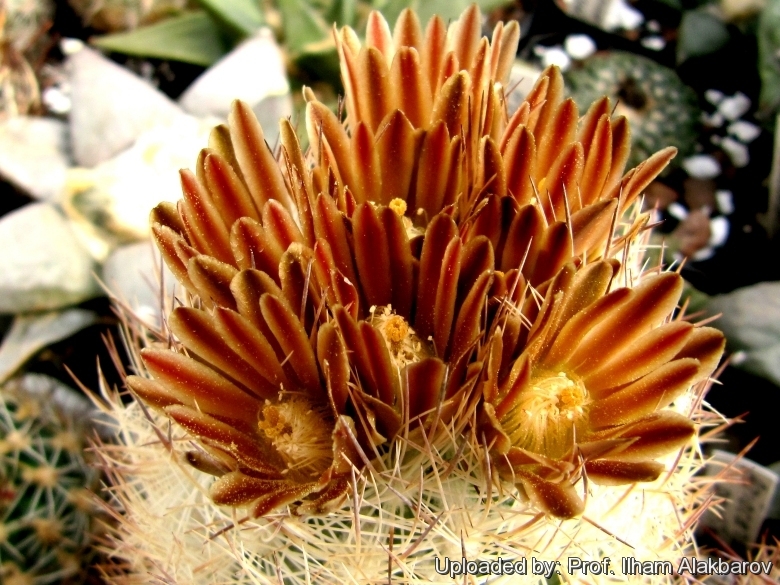 Description: Echinomastus unguispinus subs. durangensis (firstly described as Echinocastus durangensis by C.Runge in 1890) is a great-looking plant that gets its name from its home state of Durango, Mexico. It is a local or morphological form of the widespread and variable Echinomastus unguispinus with white woolly areoles that bear dense spines hugging the body, except for one of the centrals, which sticks out and curves down. This plant is similar to E. unguispinus, but not so large, with more slender, much finer and lighter-colored spines, none of them strongly recurved. However the distinguishing characteristics of subsp. durangensis, appear to fall within the natural variation of E. unguispinus and it should be synonymized with the latter.
Stems: Simple, ovoid to elongate, up to 20 cm long, and 7-14 cm in diameter, though in most cases they will be smaller.
Ribs: 18 to 21, low.
Areoles: White-woolly when young, but without wool when old.
Radial spines: 1 5 to 30, mostly curved upwards and sidewards, the lower ones shorter than the upper, more or less incurved, white to creamy-pink, except the dark tips, 1.5 cm long.
Central spines: 3 or 4, a little longer than the radials, acicular, about 2 cm. long.
Flowers: The flowers, which can last for a week or more, are funnel shaped with petals brown in the centre fading to a light yellow-brown at the edges.
Fruits: Relatively small, with very few, large seed. 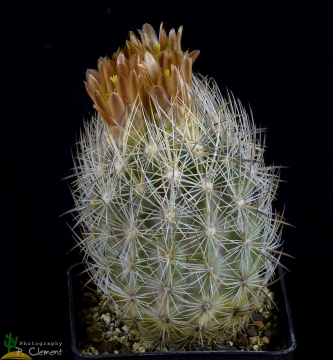 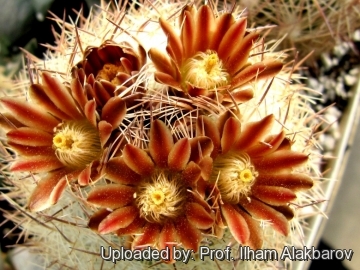 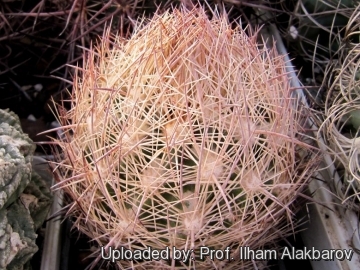 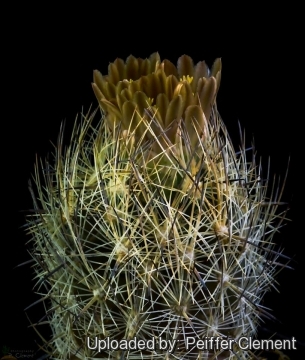