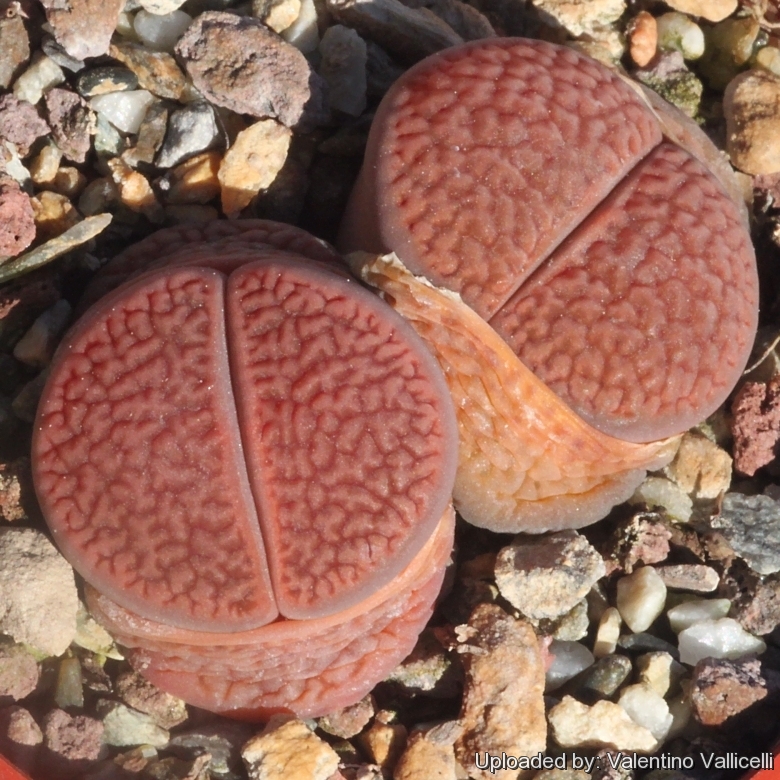 Description: Lithops hookeri var. marginata is one of the many a controversial varieties of Lithops hookeri, but its varietal status is uncertain and some consider it only a form of the latter. It is distinguished from Lithops hookeri for the upper surface usually rust-brown, with olive-green windows and top part of surface slightly rugulose. However it is the more variable variety for face colours with a tendency to broader grooves which often widen into channels and open windows occasionally even into partially open windows.
Desmond Cole field number C053 [Red brown form): This population distinguishes for having pinkish grey, rusty lines.

Subspecies, varieties, forms and cultivars of plants belonging to the Lithops hookeri group 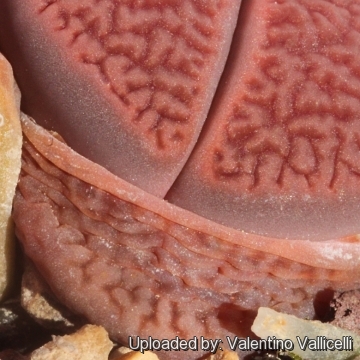 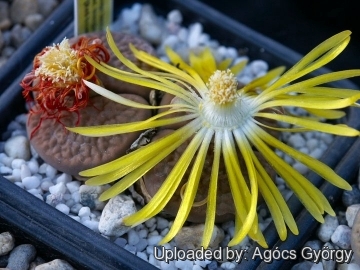