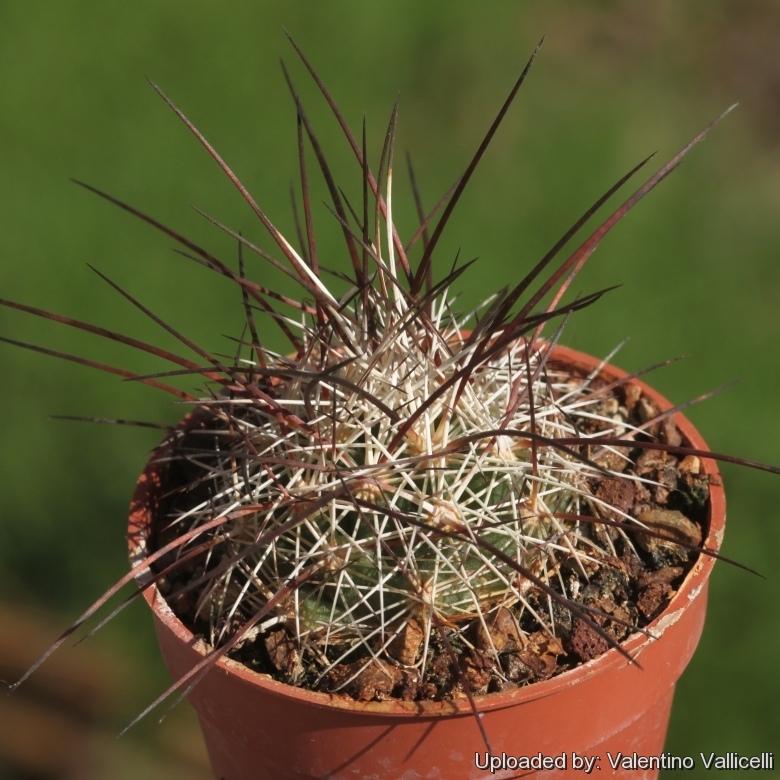 Origin and Habitat: Coryphantha ramillosa has a wide range in southwest Texas along the Rio Grande in Brewster and southern Terrell counties, and on a substantial portion of northern Mexico on the neighboring Chihuahua and Coahuila.
Altitude: It occurs at elevations from 110 to 1,050 m asl
Habitat: Coryphantha ramillosa grows on calcareous soils in xerophyllous scrub and in the desert on bare rocky slopes, talus, or scree and also in Chihuahuan Desert succulent scrub on rocky slopes, ledges, and gravelly flats on Santa Elena or Boquillas limestones. The habitat of Coryphantha ramillosa is home to succulent flora and is particularly rich in local endemics such as: Agave lechuguilla, Euphiorbia antisyphilitica, Fouqueria splendens, Jatropha dioica and Larrea tridentata. It is scarce (estimated population size of 2,500 to 100,000 individuals) and is collected in great quantities by commercial dealers for direct sale from the field, which results in a localized but substantial threat, however, that it is more widespread than originally thought and may not be threatened in most parts of its range.

Subspecies, varieties, forms and cultivars of plants belonging to the Coryphantha ramillosa group 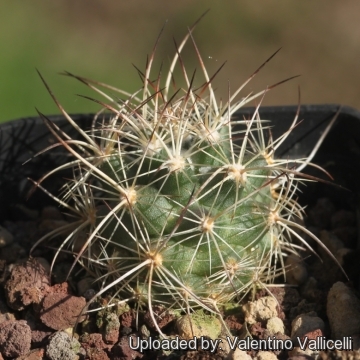 Coryphantha ramillosa Photo by: Valentino Vallicelli
Send a photo of this plant.

Cultivation and Propagation: In culture it is without problems, and regularly shows its large pink-purple flowers.It flowers quite early.
Exposition: It does best in light shade, but does well in full sun too.
Watering: It is sensitive to overwatering (rot prone).
Soils: Needs a very porous soil with good drainage.
hardiness: It tolerates fairly low temperatures as long as it is kept dry (hardy to -12° C for short periods of time).
Propagation: Propagation is by seed.