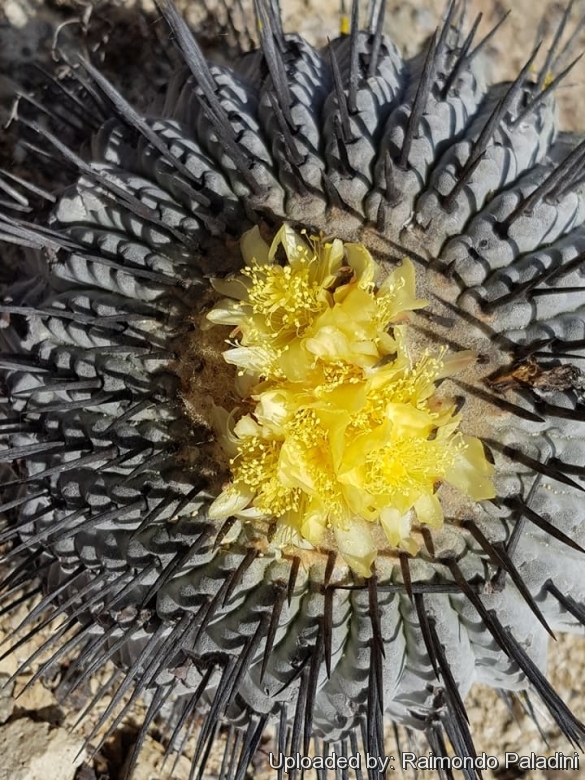 Copiapoa cinerea Photo by: Raimondo Paladini
Blooming habit, Chile, January 2017. This is one of the most popular and attractive of the Copiapoas, due to its ash-grey to white coloured epidermis with typically black spines and wooly crown when mature. Unfortunately it is also slow growing, and therefore one of the most sought-after species in cultivation.

Origin and Habitat: Antofagasta, Chañaral regions of northern Chile.
Habitat: Coastal areas of South America, where it grows in areas where very little else grows. It's a very drought tolerant species. Despite the lack of rain where it lives, the extreme aridity is attenuated by the frequent, often dense, coastal fogs. The fog tends to concentrate in the form of a cloud band at an estimated height of 500 to 850 m. It shows a recurrent pattern; usually it is overcast in the early mornings, the clouds dissipating during the late morning and returning during the late afternoons. Even though the temperatures are moderate in the summer as well, the light on sunny days is so bright and burning that most Copiapoas are covered by a white waxy surface which protects the plants from the sun and reduces the evaporation. The wax gives the plants a characteristic, whitewashed look. The waxy coating is only created if the plants are exposed to ultraviolet rays and will only be created sporadically under glass in a greenhouse.

Description: Copiapoa cinerea is one of the most admired species of cacti with chalky/white stems covered with wool at the apex, which contrasts well with the sparse, jet-black spines. It is a solitary, or slowly offsetting, globular to columnar cactus. It is an extremely variable species with many forms, sometimes with long spines or others spineless like Ritter's "tenebrosas".
Stems: Up to 1,2 m tall, 10-20 cm in diameter. The white coloration is a waxy coating presumably to prevent dessication in it's extremely dry environment. In cultivation the white waxy bloom is often not produced, revealing a brownish epidermis.
Ribs: 12-30 broad, obtuse.
Central spines: 1 or 2 up to long, terete, black.
Radial spines: 0 to 7
Flowers: Yellow funnelform, 1,5 to 2,5 cm in diameter, occasionally with a pink or reddish tint. The Ovary is naked.
Blooming season: Summer, it needs a lot of sunlight to bloom, so it's pretty rare to have blossoms when in cultivation in greenhouses. It is not unusual for copiapoa to take 6-10 years before it starts blooming, but once it does, it should every year.
Fruit: 1,5 to 2 cm long.
Seeds: Black and shining.

Subspecies, varieties, forms and cultivars of plants belonging to the Copiapoa cinerea group

Notes: This is a very variable species, as is demonstrated by the number of varieties and their synonyms. The several classifications and reclassifications provide evidence of the confusion that rules regarding the names used in this highly variable species. It seems that many of botanists and hobbyists who have studied Copiapoa in habitat have formed their own concepts of what names should be applied to which plants. It is relatively easy to attribute some key features that dominate in certain populations, but it is equally possible to look more closely at plants in these populations, to find individuals that 'break the rules' and would easily fit another population's dominant characteristics. 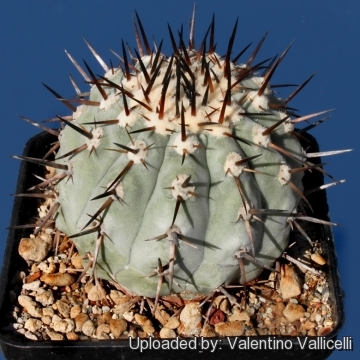 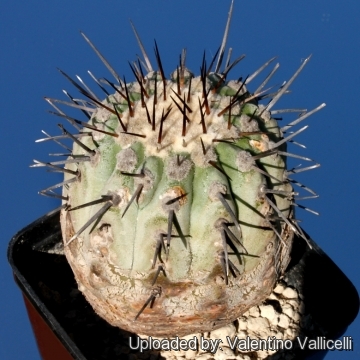 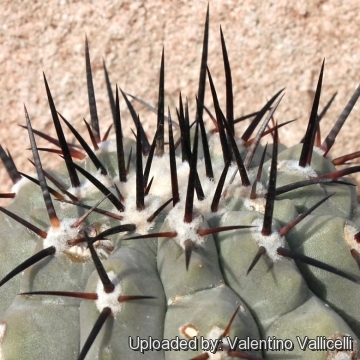 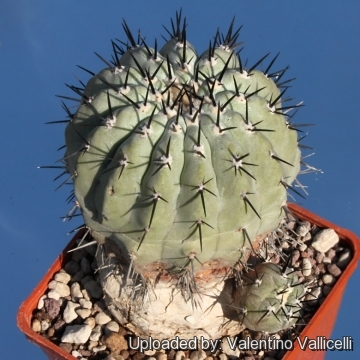 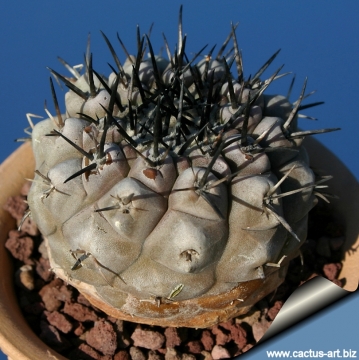 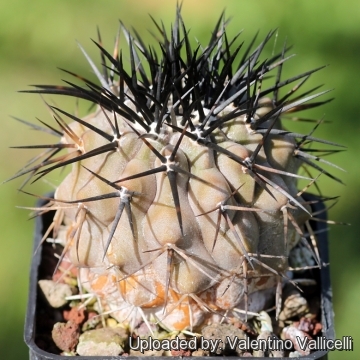 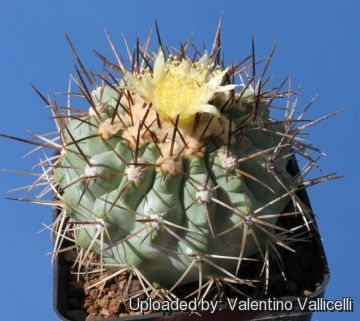 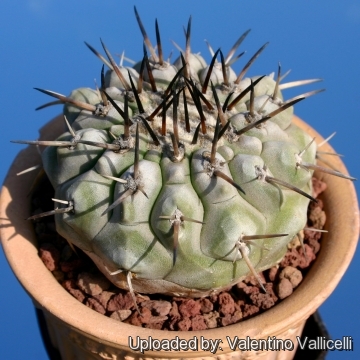 by Cactus Art
There are a total of 16 Photos.
Click here to view them all!
Cite this page: "Copiapoa cinerea" Text available under a CC-BY-SA Creative Commons Attribution License. www.llifle.com 14 Nov. 2005. 16 Jan 2021. </Encyclopedia/CACTI/Family/Cactaceae/1380/Copiapoa_cinerea>