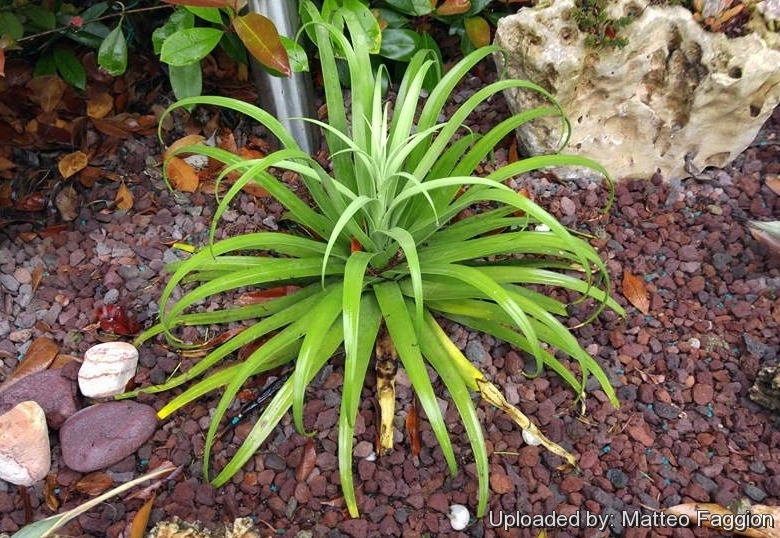 Origin and Habitat: Mountains of the Chihuahuan Desert in the Sierra Madre Oriental, northern Mexico, in the states of Tamaulipas, Coahuila and Nuevo León.
Altitude range: 900 and 1700 metres above sea level.
Habitat: Spectacular spider-like klumps of Agave bracteosa grows plastered on sheer vertical limestone cliffs and rocky slopes. The plants grow in small cracks in the solid limestone face mostly on the north-and northeast-facing side. Though the natural habitat this species does experience some cool, and foggy days. It is associated with numerous succulent and cactus species such as: Agave lechuguilla, Agave striata, Agave albopilosa, Agave victoriae-reginae, Dasylirion berlandieri, Yucca rostrata, Hesperaloe funifera, Hechtia texensis, Portulaca pilosa, Echinocereus reichenbachii, Mammillaria formosa and Mammillaria prolifera, just to cite some of the more common.

Description: Agave bracteosa, also known "spider agave" or "squid agave", is a solitary or clumping rosette. Small among the agaves, its green succulent leaves are long and lanceolate, 50-70 cm long and 3-5 cm at the base, where they are the widest. It forms clusters to 1,2 m across. Variegated forms occur.
Rosette: Openly spreading, small to medium sized from a very short aboveground leaf axil (stem). In its native habitat Agave bracteosa rarely exceeds 30-45 cm of height and 45-60 cm in diameter, individual rosettes have a graceful urn-like shape formed by a relatively few upright leaves leaves that grow up and curve out and down. In habitat, plants usually have just one or two small offsets, but in the garden they will produce numerous offspring and form a 1.5-1.8 meter diameter mass of vegetation.
Leaves: Medium green or yellow-green, smooth and soft, lanceolate, convex in the lower third, 40-60(-70) cm long and 2.5-5 cm wide near the base and tapering to the tip, with minute serrations (teeth) along the margins, but no teeth nor spine both along the edge and at the tip. The They are upright and recurved above the middle (fountain like), in a fashion reminiscent of the octopus agave Agave vilmoriniana.
Inflorescence: The inflorescence is a short. The unbranched, ascending to erect spike flower stalk is 1.2-1.8(-2.4) m tall, comines in early summer, and its upper third is so densely covered with creamy yellow flowers flowers that it resembles a bottle brush.
Flowers: 22-26 mm long, with white to pale yellow tepals. The flowers are distinctive in that tepals arise from a disk-shaped receptacle rather than the usual tube. Ovary spindle-shaped is 12-14 mm long. The stamens are quite long (50-60 mm long) and protrude significantly above perianth.
Systematics: Agave bracteosa is closely related to Agave ellemeetiana and Agave guiengola, all them share the discoid receptacle and unarmed leaves and are different enough from other agaves.

Subspecies, varieties, forms and cultivars of plants belonging to the Agave bracteosa group

Notes: The Agave bracteosa does not always die after blooming, contrarily to most other Agaves. There has been some controversy to whether this species is always monocarpic, but most of the plants with mature flowers will dye, so it appears to be at least 'mostly' monocarpic. 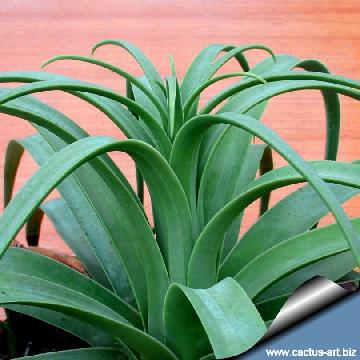 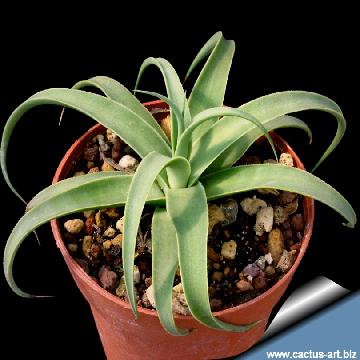 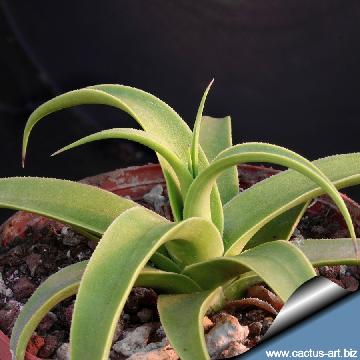 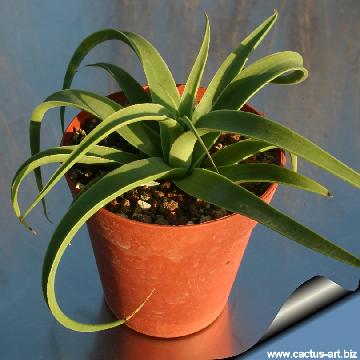 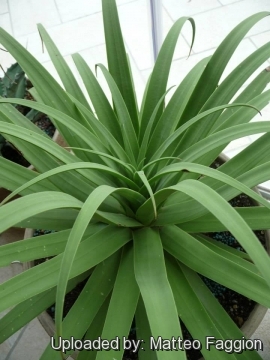 Agave bracteosa Photo by: Matteo Faggion
Send a photo of this plant.

Cultivation and Propagation: Agave bracteosa is an exellent choice for growing in a container. Remains small and grows slowly, very slowly offsetting and forming a large colony of plants. Plants develop their most interesting forms when grown in filtered sun.
Growth rate: The growth rate varies with the amount and frequency of supplemental water applied, but in general plants are moderate to slow growing.
Soil. As with most of the species, this one is not very particular about the type of soil it is in as long as it has good drainage.
Hardiness: Can tolerate extremes of both cold (Hardy to -8°C) and scorching heat.
Exposure: Need full sun, but it is best to grow in light shade in summer to prevent yellowing, Being quite adaptable, it can thrive in sun or deep shade, but it grows particularly well under the shade of small trees.
Water requirements: It is drought tolerant although they will respond to supplemental water and is more moisture tolerant than most agave.
Landscape value: Agave bracteosa looks great as a potted plant, and can be placed on patios, near entryways, or in other spots where the plant would be highly visible. In the ground, use this beauty under the shade of small desert trees, mix into cactus and succulent gardens.
Propagation: Seed or Suckers (This Agave offsets freely and the pups can be removed and repotted or planted elsewhere) Keep a few however, for the main plant dies when it sends up its spectacular spike of flowers. Individual specimens are particularly beautiful.