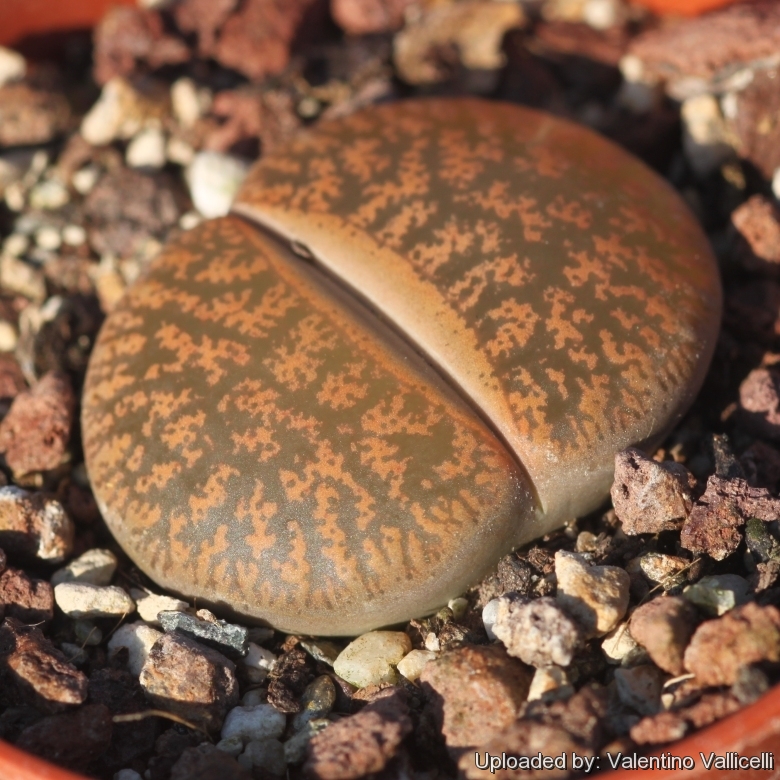 Origin and Habitat: 45 km North East of Vaalwater, South Africa.
Habitat and ecology: Lithops lesliei grows in fairly heavy rainfall area in gravel pockets in grassy places and in the summer and in winter is often entirely covered by grass to such an extent that the clump is not visible. It is rust-brown in the reddish soil from decomposed ironstone, containing coarse conglomeritic sandstone, brown shaly siltstone, quartzite, ferruginous quartzite, pegmatitic granite, fine-grained feldspathic sandstone, amygdaloidal lava, chert, shale, and banded jasper. The plants mimic the small, haphazardly arranged rocks that surround them. In habitat the plants grows embedded in the soil and can tolerate extreme hight temperature and only temperature that exceed 60° C are lethal.

Description: Lithops lesliei C029 (collected in the type locality: 45 km North East of Vaalwater, South Africa by Desmond Thorne Cole) is a local or morphological form of the widespread and variable Lithops lesliei. It differs from the type variety mainly for the dark rusty to olive-green-pink windowed top. However the distinguishing characteristics of Lithops lesliei C029, appear to fall within the natural variation of Lithops lesliei and it should be synonymized with the latter, but it still has a value for a collector because they identify plants with particular characters.

Subspecies, varieties, forms and cultivars of plants belonging to the Lithops lesliei group 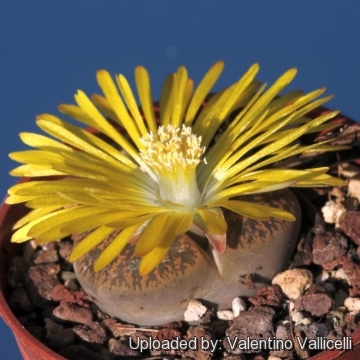