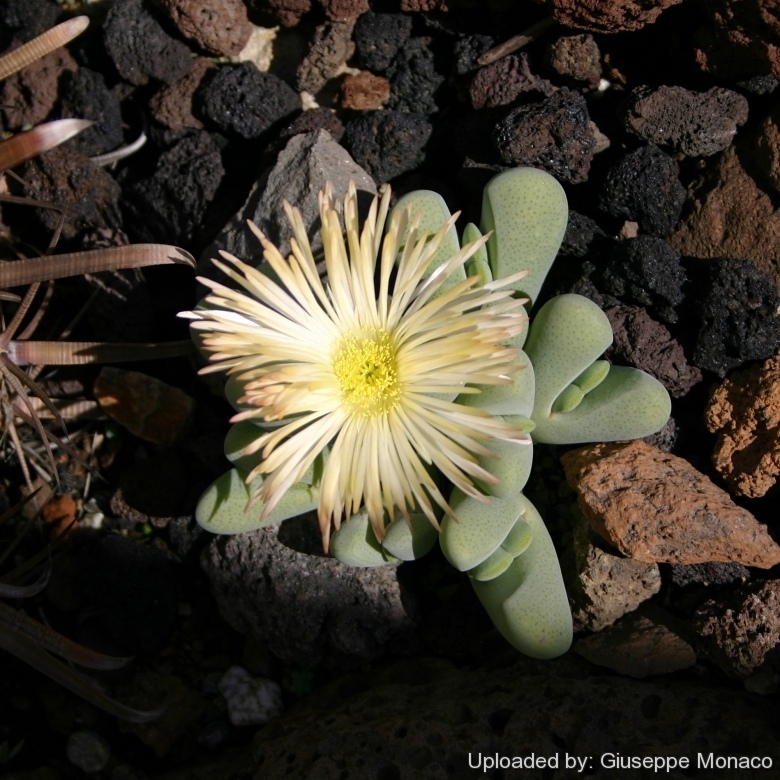 Description: Cheridopsis pillansii is a compact, cushion forming and low growing perennial succulent with with very fat leaves. Its sculptural quality is enhanced by the dark dots on the greyish-white surface. This species makes big clumps up to 500 mm in diameter.
Stems: Very short branching at ground level.
Leaves: Opposite, in one or two, sometimes three, pairs, humped, erect or bent to the top (apex) of branches, similar in size, each leaf up to 4,5 cm long, smooth, without pointed tips or toothed keels, pale grey, fat, succulent with rounded ends and many dark dots (translucent in backlight). The new leaves are shaped like a pair of cupped hands and appear from the centre within the old leaf pair fissure which gives the impression of the plant having sets of alternate appressed leaves. As living conditions become drier and hotter, the leaves are reduced to a single pair while the basal ones whither forming a hood-like sheath.
Flowers: Large, scented, up to 6 cm in diameter, usually cream to yellow, but also pinkish or orange in colour. Scented.
Blooming season: Autumn.
Fruits (dry capsules): Base near globose, awn with hardly broadening bases.
Remarks: The Cheiridopsis is dormant in summer.

Subspecies, varieties, forms and cultivars of plants belonging to the Cheiridopsis pillansii group 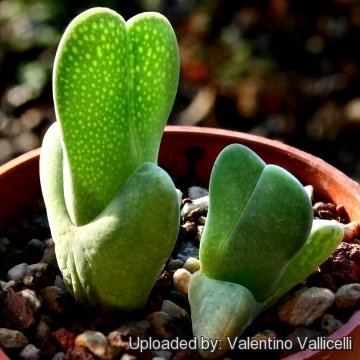 - illuminated from behind. Photo by: Valentino Vallicelli 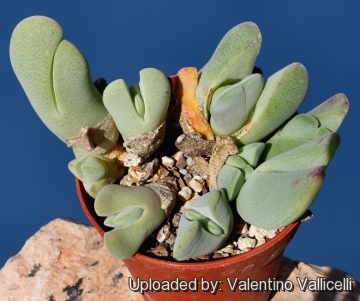 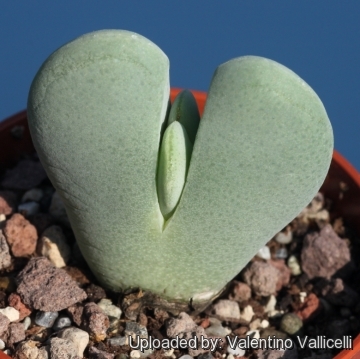 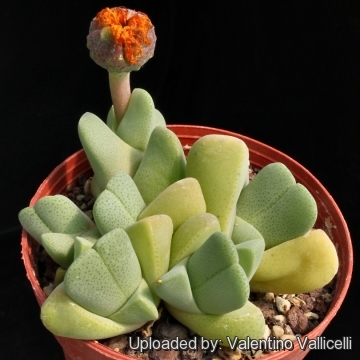 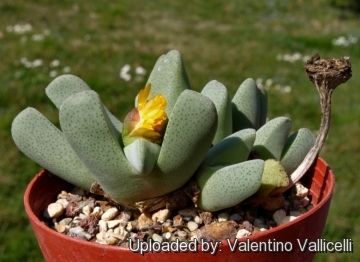 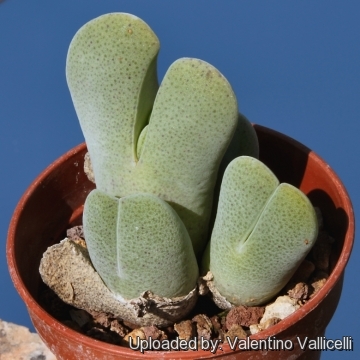 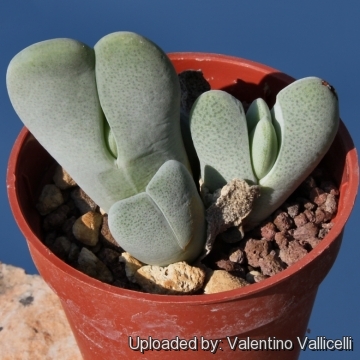 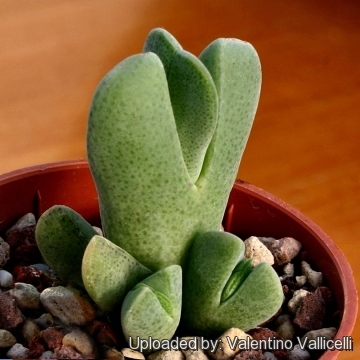 Cultivation and Propagation: The Cheiridopsis pillansii is a "winter" grower which is most active from late winter until later spring and heading for summer dormancy, but in favourable growing conditions it keeps going over the summer too and doesn't need particular care. It does well when grown in conditions similar to those in its natural habitat or in a greenhouse. It can grows outdoor in sunny, dry, rock crevices (protection against winter wet is required). It can also be cultivated in alpine house, in poor, drained soil.
Soil: It requires a sandy soil that is rich in minerals. Ensure a very good drainage as it it is prone to root rot.
Fertilization: It thrives in poor soils and seems sensitive to an excess of potassium.
Watering: Water minimally in summer, only when the plant starts shrivelling or spray them with a fine mist from time to time, water more abundantly when they are growing in the autumn and spring. Requires little water otherwise its epidermis breaks (resulting in unsightly scars).
Light: It needs a bright sunny or light shade exposure in winter, but keep cool and shaded in summer.
Hardiness: It prefer a very bright situation and will take a light frost (Hardy to -5°C) if it is in dry soil. USDA zones 9A – 11.
Uses: Container, rock garden.
Propagation: Seed in spring or cuttings. Sow seeds in autumn, and, to improve the chances of germination, place the seeds in a small container with warm water for 24 hours. This will help to soften the hard outer layer of the seeds. Sow the seeds in a sandy medium and cover them with a thin layer of fine sand about 1 mm thick. Keep them damp, using a fine spray, until seeds start to germinate in about seven to fourteen days. Once the seedlings start growing, slowly reduce the amount of water. Baggy method works well too.