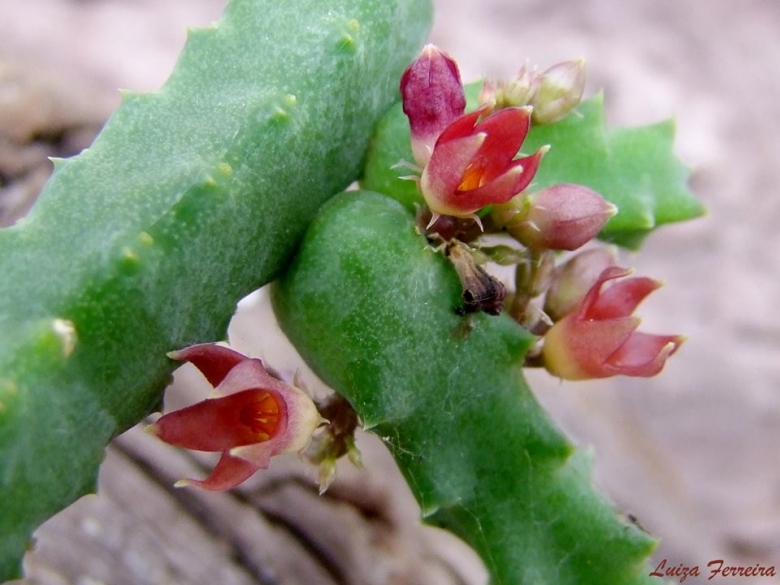 Origin and Habitat: Stapeliopsis stayneri is a range-restricted species found only in the Lower Breede and Duiwenhoks river valleys up to about 20 km inland from the coast in the Western Cape, Republic of South Africa. Extent of occurrence 107 km².
Habitat and Ecology: This species is an habitat specialist that grows on steep, arid rocky shale slopes dominated by succulents and karroid shrubs, and is known from only a few patches. The population trend is stable and there are no known threats because it is well protected by its rocky environment. The same area is the home for Haworthia venosa.

Subspecies, varieties, forms and cultivars of plants belonging to the Stapeliopsis saxatilis group 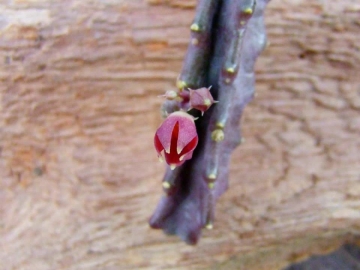 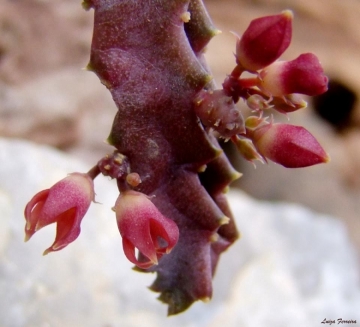 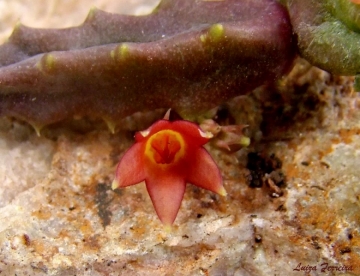 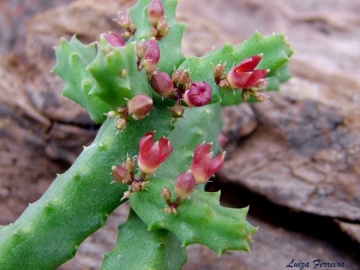 Cultivation and Propagation: Stapeliopsis stayneri is an easy obliging blooming plant , that it is happy in any average succulent house. If grown in pots then the underground stems tend to form a tight tangled growth below ground and are then apt to rot. For best results these plants should be grown in shallow pans when they will grow and flower profusely.
Spring: When winter ends and they begin to grow again, they will require much water and soaking the pots will no longer put the plants at risk for rot. In the spring they will grow well in partial shade and leaving them out in the rain may provide them with the water they need.
Summer: In the summer months they will tolerate heavy rain, but will be just as happy if the season is dry. It's best to sort out the stems while the plants are resting in the summer before they begin their autumnal growth cycle. They will tolerate very hot weather outdoors as long as they are kept in filtered light and this will encourage them to flower in the Autumn. They also enjoy some fertiliser. Moving the plants as they are developing buds may cause them to spontaneously abort the flowers all together.
Autumn: In the fall keep them outdoors until the night time temperatures drop below the 10°C.
Winter: Winter care presents no problems at 10° C with plenty of light. As soon as they are flowered be sure to take extra precautions to keep them dry, because damp cool conditions when the plants are resting is an invitation to fungal infections, but - according to temperatures –some occasional lit watering may be useful.
Potting medium: Since roots are quite shallow, use a cactus mix or add extra perlite or pumice to regular soil potting soil. A gritty, very free-draining compost is suitable, and clay pots help the plants to dry out between watering. Re-pot every 2 years.
Pest and diseases: Stapeliopsis are generally fairly easy to grow, especially if kept pest-free. They are very susceptible to stem and root mealy bugs, and damage from these may well initiate fungal attack. Any time when there is a dead or dying stem in the pot it is important to remove it immediately and completely before other healthy stems can become ill too, isolate the healthy parts, dry them off, and re-root them in new compost.
Propagation: Easiest with stem cuttings. Allow cuttings to dry a day before planting. Stems must be laid (Not buried) on gritty compost and will then root from the underside of the stems. It can also be increased from seeds sowing in spring in moist, sandy peat moss. Barely cover seeds. Seeds germinate quickly. In any season it's best to lay the stems out for several days before replanting them and then pot them only in dry soil and withhold any water until they begin to shrivel or start growing again.