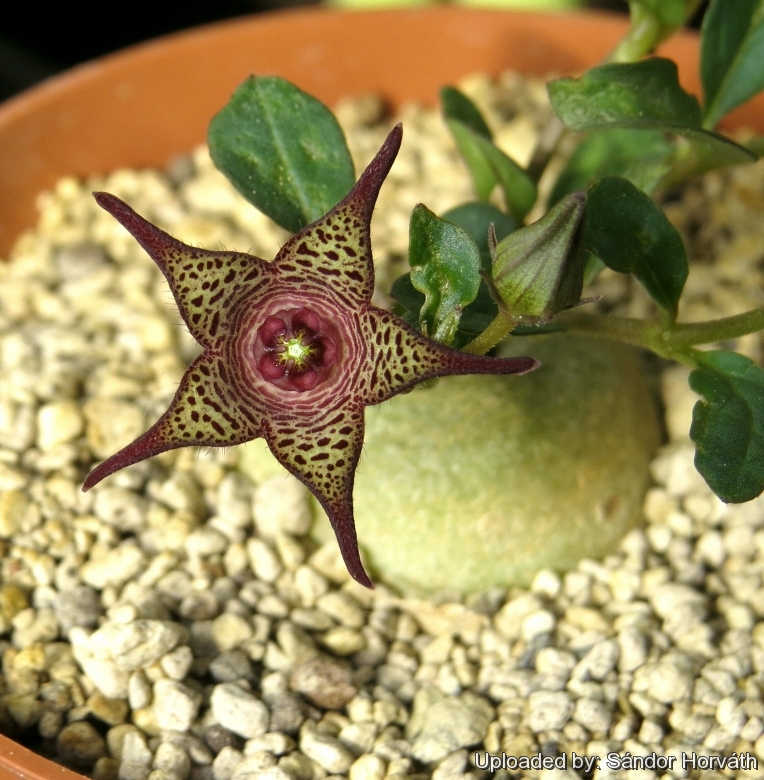 Origin and Habitat: Brachystelma coddii occurs in the north-eastern mountains of Swaziland extending into the eastern Transvaal mountains towards Pietersburg and southwards to at least as far as the district of Carolina.
Type: Swaziand, 3 miles upon Piggs Peak.
Habitat and ecology: In its typical form this species occurs on sandy outcrop, but may also hang from rock ledges.

Cultivation and Propagation: In cultivation the plants are usually grown in semi shade, with the tubers wholly or (preferably) partially exposed to prevent scorching and rotting of the roots. This plant can take a good deal of water during active growth and should be watered only when not dormant. Keep dryish in winter. It should be overwintered in the greenhouse at temperatures over 12°C (avoid letting temperatures drop lower than 5° C). Use a very draining but rich soil. An error in cultivation may produce unsightly holes in the tuber.
Reproduction: This species can be reproduced by seeds.