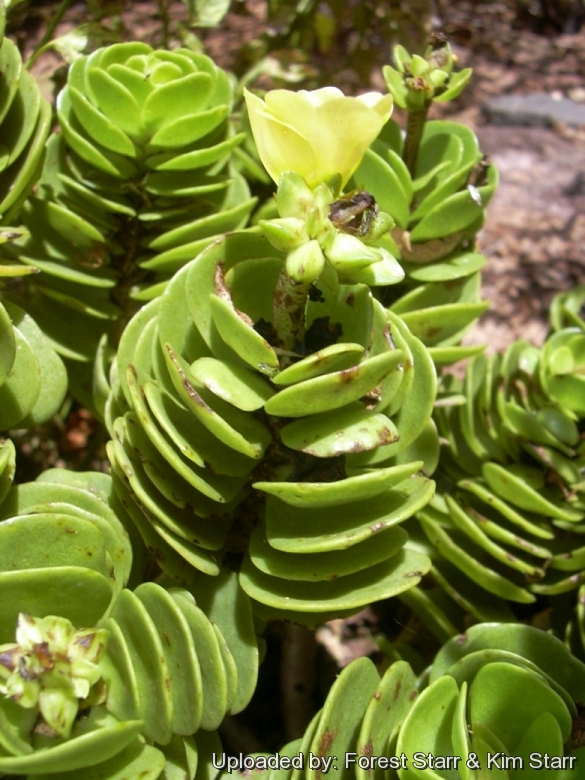 Origin and Habitat: Portulaca molokiniensis is a rare species of portulaca is endemic to a few coastal sites Molokini, Pu?ukoa?e Islet (Maui) and Kam

Description: Portulaca molokiniensis is a stout, upright growing succulent that branches at or below the soil line to form a small shrub to 30 to 50 cm tall by about as wide with each stem being about the thickness of a cigar. It bears 2.5-5 cm long rounded pale green succulent leaves that are arranged neatly in 4 distinct rows towards the branch tips. A cluster of small yellow cup-shaped flowers forms at the ends of thick stalks that arise from the centre of the leaf rosettes, but it is the foliage of this plant that really makes it unique. Portulaca molokiniensis is an attractive plant for cultivation.
Stems: Thick, round, corky, up to 2 cm in diameter at the base. Older stems with a pale, corky layer of secondary growth, usually branched at or slightly beneath the ground.
Leaves: Rounded, pale green, up to 5 cm in length. They often grow closely spaced in four rows along the stems and tend to cluster at the ends of the branches.
Flowers; Small, lemon yellow, cup-shaped subtended by leafy bracts form at the ends of stout non-leaf bearing stems that rise above a terminal rosetteof leaves.
Blooming Period: Cultivated plants have sporadic to continuous blooming periods. Each flower opens for one day. If there are several flowers on each stalk, flowering can last for several days.
Fruits (capsules): About 6 mm, shaped like pointed eggs and filled with dark-brown to black, slightly sticky seeds. The capsules split open when ripe.
Taxonomy: Portulaca molokiniensis is closely related to Portulaca lutea and probably derived from it, but differs in its conspicuous stout vegetative growth and larger leaves, and especially in its dense headlike clusters of flowers and its spinose seeds. Portulaca molokiniensis was first collected by Charles N. Forbes on Molokini in February 1913, it was identified as Portulaca lutea, a plant more widely distributed throughout the Pacific islands. It was collected once again as Portulaca lutea in the 1920's and then not documented again until collections made in the late 1970's and early 1980's where the distinctiveness of the plant was noted and it was officially described as a new species by Hawaii forester Bob Hobdy in 1987. 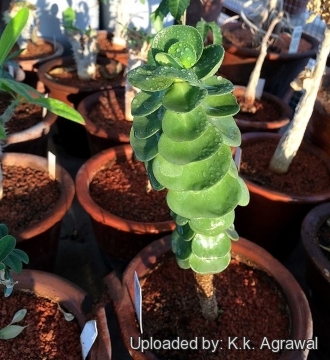 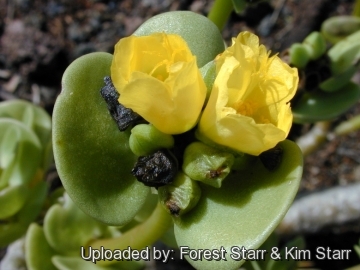 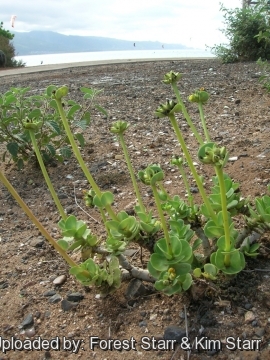 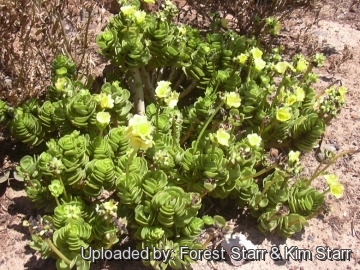 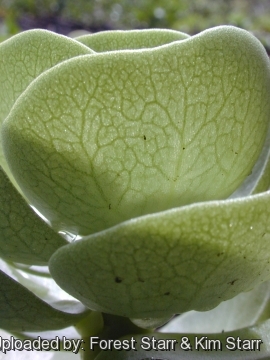 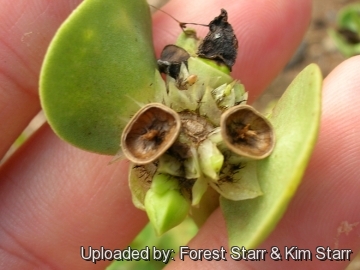 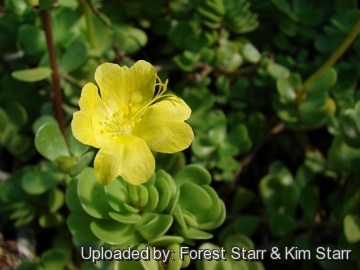 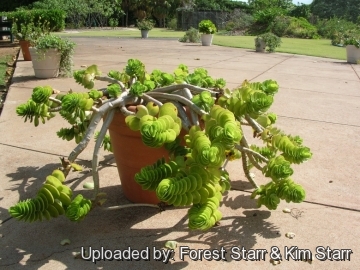 Cultivation and Propagation: Portulaca molokiniensis is an attractive plant for cultivation but not been widely cultivated. It requires ample sunlight and well-drained soils. This is an extremely attractive plant and should make a beautiful and unique specimen as a container planting or in a garden setting in a raised bed or raised planter. Although it survives difficult conditions, plants will produce more lush growth and flowers when provided sufficient moisture and rich soils.
Soils: it grows well in poor, sandy or gravelly soils. The soil must be very well-drained.
Repotting: Plants prefer to be root bound and will do well as long as soil is remaining in the pot.
Fertilizer: An application of a balanced slow release fertilize with minor elements every six months. Foliar feed monthly or a water-soluble fertilizer with a dilution of one half to one third of recommended strength.
Exposure: Needs full sun to flower.
Waterings: Drought tolerant, but flowers best with regular watering. Don't water with overhead irrigation, which can damage the flowers. Once plant is well established, allow them to dry out between waterings. This plant naturally grows in very harsh, dry conditions and does not like wet feet, that is constant moisture in the root area. Not a recommended plant for someone who loves to water!
Hardiness: Even if listed by some as hardy to -6