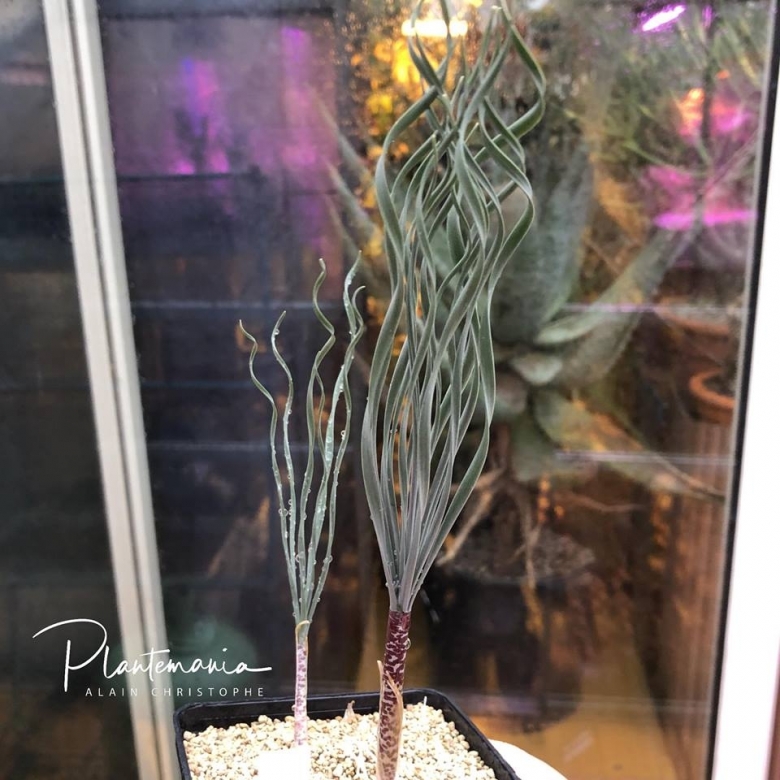 Description: Gethyllis britteniana is a tiny deciduous geophyte (bulb) with a delicate appearance up to 20 cm high. It has erect spiralled leaves enclosed at the base in a spotted sheath. The flowers are white six-pointed star appearing curiously stalkless not more than a few cm above the ground. The fruit (a transparent berry) when first formed is underground and remains there for the several months required for ripening, after which it is pushed up to scent the surroundings. This fragrance is the most notable property of the fruit. The smell and taste of the fruit is like custard apple.
Bulb: Globose, 5-7.5 cm in diameter, with a thick spotted neck 2.5-4 cm long.
Leaves: 12–15, linear, grass like, glabrous, firm in texture, variously twisted, some-times coiled spirally, 19-15 cm long, 2-3 mm broad.
Flowers: Perianth pure white; tube stout, 5-7,5 cm long, its base hidden by the sheathing membranous bract; segments oblong-lanceolate, 5 cm long, 18 mm broad; stamens very numerous, arranged in 6 clusters; filament about as long as the anther.