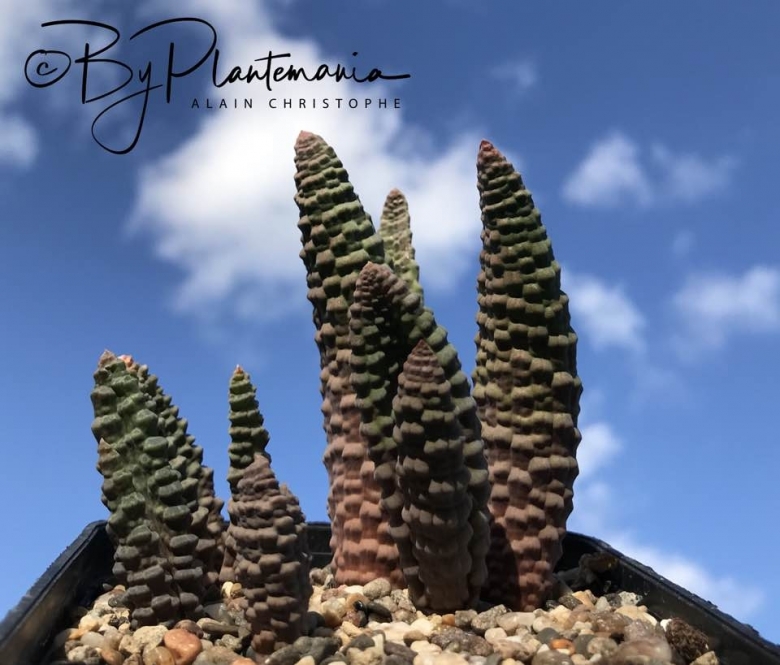 Origin and Habitat: Bulbine bruynsii is a South African endemic known from one subpopulation within an area of 29 km² in the Northern Cape (Namaqualand), near Kotzesrus. A 2014 survey of the population recorded more than 2000 mature individuals, scattered in small clumps across 12 quartz patches.
Habitat and Ecology: Succulent Karoo. Bulbine bruynsii is a rare, localized habitat specialist growing on saline quartz patches and clay flats, in "Hardeveld" vegetation near to the habitat of Aloe arenicola. This species is potentially threatened by infrastructure development and other construction associated with a road bisecting part of the population however, although locally common this species is still considered to be rare within the region and the loss of individuals of the species together with their associated habitat is therefore considered of a regional significance. This species is also highly sought-after in the specialist succulent trade, and is difficult to grow from seed. It is potentially threatened by collectors removing mature individuals from the wild. 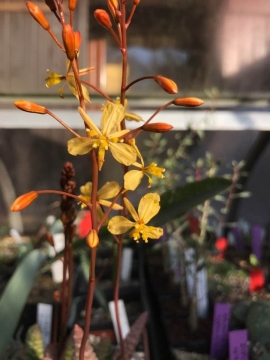 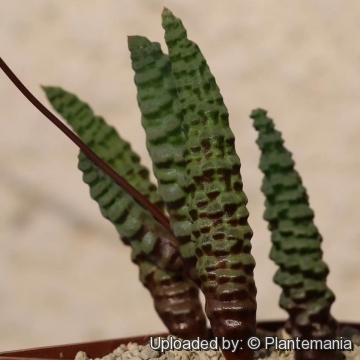 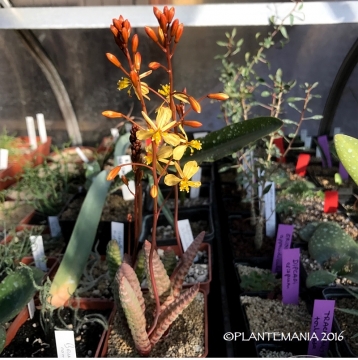 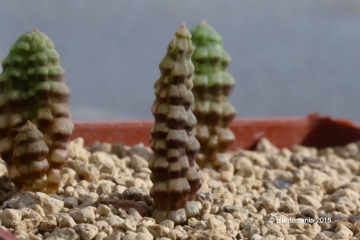 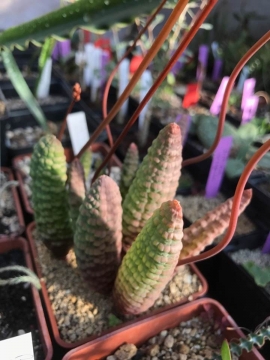 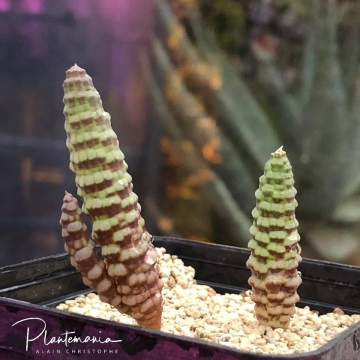 Cultivation and Propagation: Bulbine bruynsii produces suckers from its roots, which provide an easy but slow means of increase. However, in most cases it is necessary to raise new plants from seed. In any case, it is advisable to keep youngsters coming along because it does seem to have a finite life span. Seed is sometimes available from commercial sources or seed exchanges.