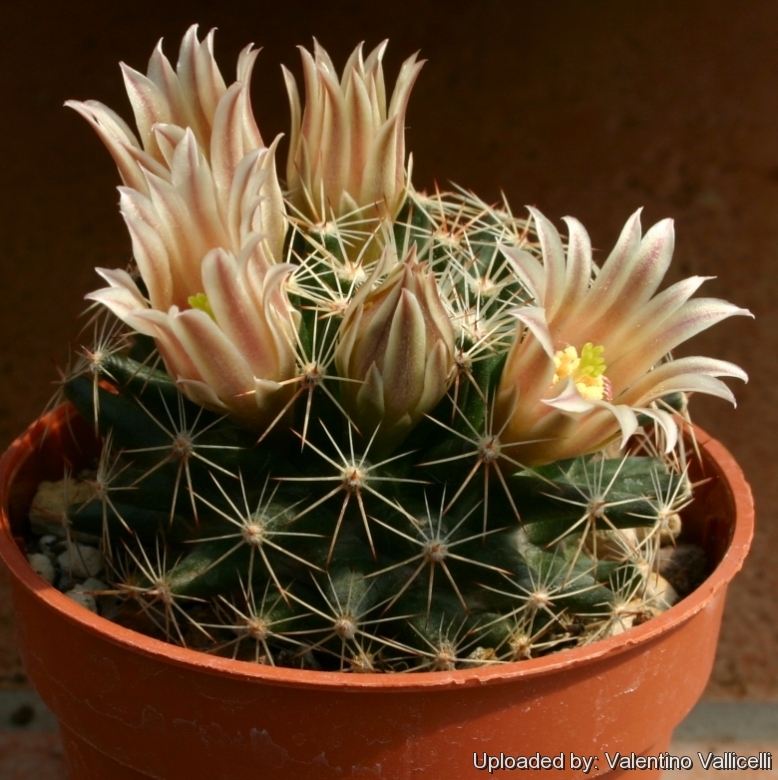 Mammillaria gummifera var. applanta (Mammillaria heyderi var. applanata) Photo by: Valentino Vallicelli
As the name indicates "applanata" means "flattened" this is a plant of small height, a fairly rare trait in cacti of this genus for most Mammillarias.

Description: It is a low growing solitary plant and one of the most cold hardy of the Mammillaria. Of the related taxon belonging to Mammillaria heyderi complex the Mammillaria applanata is often the flattest but otherwise very similar to the other species and may probably repesent only a race of the same species.
Stem: Much flattened to globose, green to dark green, more than 10 cm in diameter and only 2.5 to 5 cm tall with a depressed crown covered with white wool. With latex.
Tubercles: 9-20 × 3-7 mm, elongated pyramidal or conical, ± flattened andangular. Their axil is naked or slightly woolly at first.
Areoles: Young areoles very woolly.
Radial spines: Approx 10 to 20 per areole, widely spreading, bristly, needlelike, whitish to pale bron, lower ones darker than the upper, 5 to 12 mm long.
Central spines: 1 stronger, porrect, erect coloured brown with a black tip.
Blooming season: Flowers, appears in April-May
Flowers: About 2 cm long and up to 3.5 cm broad, cream to pinkish on the inside with greenish or brownish midveins. Outer perianth segment greenish, lanceolate, accuminate, margin not ciliate. Flower buds pointed greenish. Filaments whitish, sorter than the style, Stigma lobes greenish.
Fruits: Red, nacke, more than 3 cm long maturing in Augus-March.often requires a full year to mature.
Seeds: Brownish-red.

Subspecies, varieties, forms and cultivars of plants belonging to the Mammillaria heyderi group 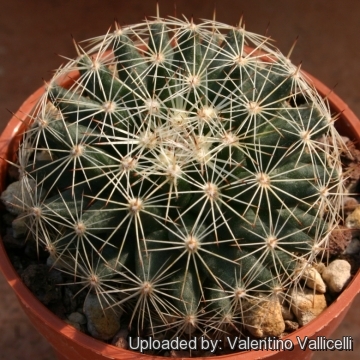 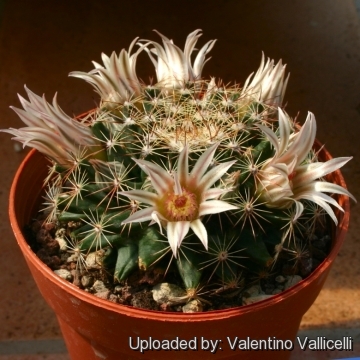 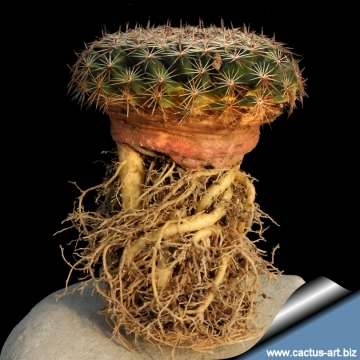 Cultivation and Propagation: This is an easy to grow species, don't requires any special treatment, but need as much light as possible without burning the plant to encourage the heaviest spine formation. Needs a very good drainage with regular water in summer, dry in winter. Avoid any frost.
Propagation: Seeds, offsets (Allow cut surface to callous over before planting)