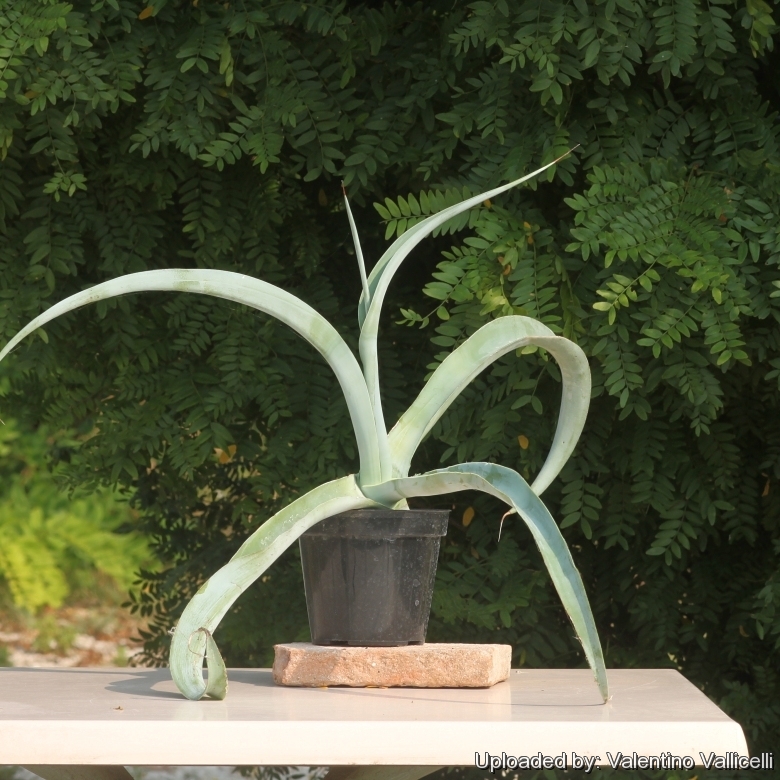 Origin and Habitat: NW Mexico, Southwest desert (southern Sonora through Sinaloa to Jalisco and Aguascalientes) Elevations: 600 to 1700 meters.
Habitat: Forms extensive colonies on dark volcanic cliffs and on steep, rocky slopes of barrancas, giving the dark basalt the appearance of being covered with enormous green spiders.

Description: Agave vilmoriniana, sometimes misspelled vilmoriana, and popularly known as Octopus agave, is a medium to large accent plant with graceful narrow, arching and twisting leaves that sprawl quickly and grotesquely, making the plants resemble huge spiders. It is solitary (Does not forms pups).
Rosettes: 90-120 cm tall, spread 150-200 cm.
Leaves: Up to 90 cm long and 7-10 cm wide, succulent, light-blue-green to yellowish-green, linear-lanceolate, deeply channelled, recurved, arched and twist, showing why this plant is called octopus agave. The leaf margins are almost smooth, untoothed with only small, soft saw-tooth roughness to margins and a relatively soft terminal spine.
Inflorescence: Starting like an asparagus, 3-6 m tall.
Flowers: Golden-yellow.
Blooming season: Spring to summer. Typically it flower only once at maturity and the main crown dies after blooming. The flowers are followed by seed capsules and large quantities of vegetative buds (baby plantlets) clinging to stalk after mother plant has died; plantlets fall to ground and root. Octopus agave is fast growing, sometimes flowering in as little as four years after planting, but usually it need 7 to 15 years old or more.
Fruit: Capsules.
Reproduction: Agave vilmoriniana usually reproduces by means of bulbils (small plantlets). Bulbils are borne in the axils of the bracteoles of the inflorescence after flowering. 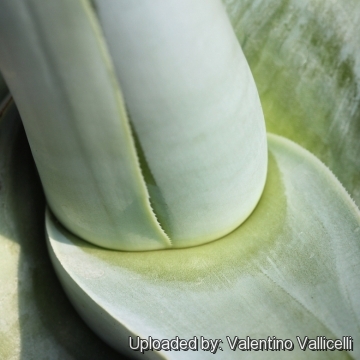 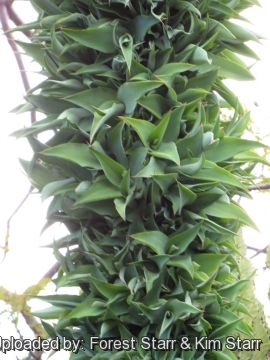 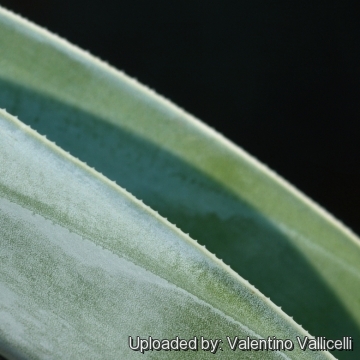 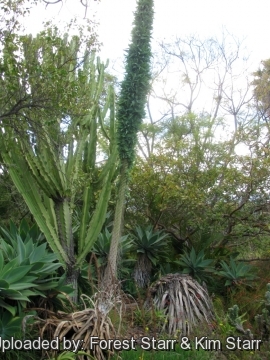 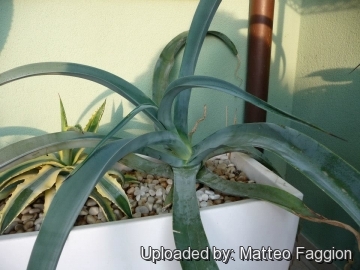 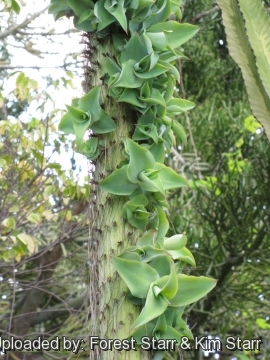 Cultivation and Propagation: This is a fairly fast growing agave with soft succulent leaves. It is quite drought-tolerant once established. It is tolerant of most soil types, from heavy clays to sandy soils. It likes regular water but don't soak it wet as it seems to suffer from edema from over watering (They enjoy a little water during winter period too). It's also somewhat cold sensitive, protect from freezing temperatures to avoid disfiguring the foliage. Space to about 2 meters apart for mass planting. It is also one of the more 'user friendly' Agaves, having soft spines and no sharp teeth along the leaf margins.
Sun Exposure: Full sun to partial shade, but tolerant of shade.
Propagation: Bulbils ( buds on the old flower spike), suckers (called pups). Seed is difficult and unreliable.
Maintenance: Minimal; removal of entire dead plant after flowering and sets bulbils.
Traditional use: The crushed leaves are used by the Tarahumara Indians as soap. Agave vilmoriniana has one of the highest concentrations of the sapogenin smilagenen (up to 4,5 % in 6-7 years old plants), and the leaves ( fresh or dried) are cut and the fibers are beaten to make them into a brush with built-in soap for washing clothing or as a shampoo. (it is told that if you use this shampoo you will not get grey hairs)