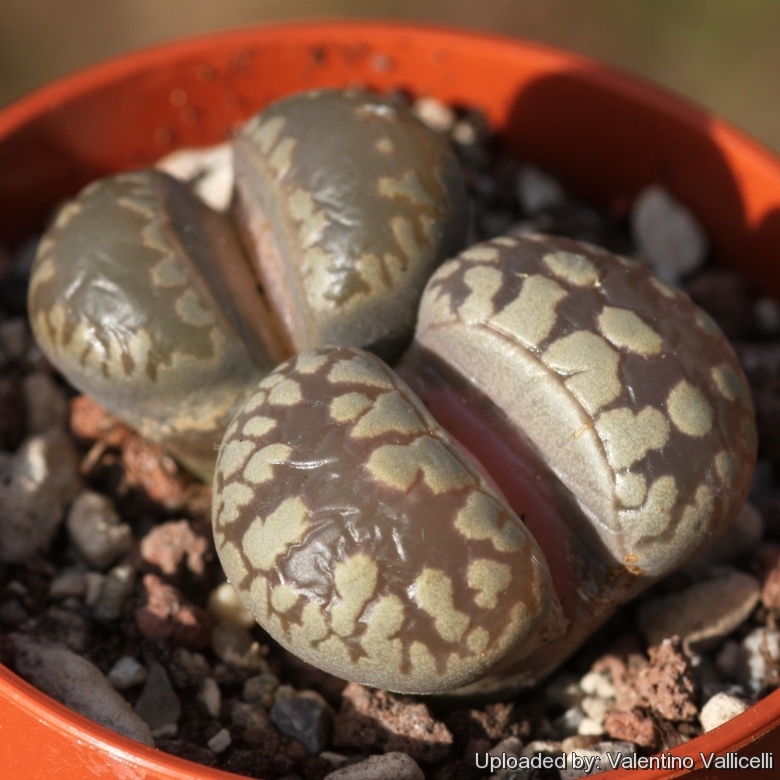 Subspecies, varieties, forms and cultivars of plants belonging to the Lithops otzeniana group

Notes: Lithops (a.k.a. Stone plants) reduce the surface area for water loss by means of burial, they grow entirely within the soil and only the leaf tips are at the level of the soil surface. This habit also reduce exposure to herbivores, since the leaves mimic the colour and even the texture of surrounding ground and stones. This camouflage allows them to escape detection and is a very effective strategy for escaping predation. Lithops otzeniana Photo by: Gennaro Re