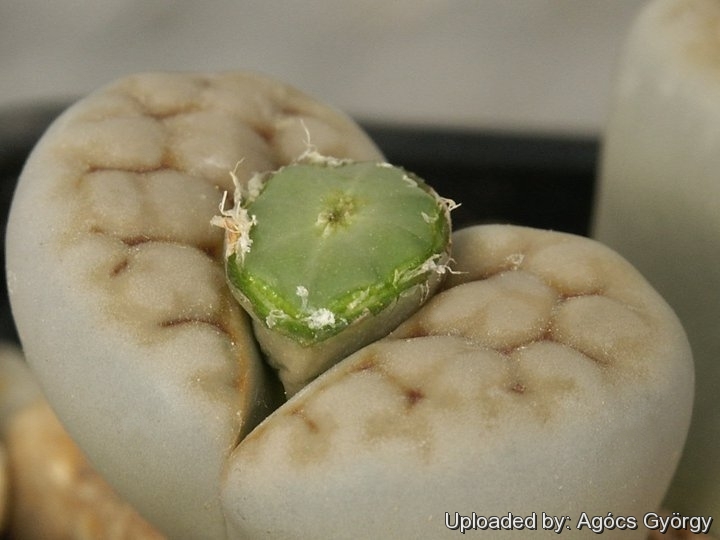 Description: Lithops karasmontana var. aiaisensis is one of the innumerable local form of the very variable Lithops karasmontana coming from Ai-Ais in Namibia (hence the name). It distinguishes for the top of leaves varying from pale grey to brownish, with branched branched depressions or wrinkles darker grey to reddish-brown which form a network, window usually absent or not obvious. It has the same variable characteristics of the species. Bodies solitary or in groups, to 4 cm high. Flowers big up to 4,5 cm in diameter (mostly 25-35 mm) satiny white, narrow-rayed.
Desmond Cole field number C224: This population distinguishes for having pale stone grey bodies.

Subspecies, varieties, forms and cultivars of plants belonging to the Lithops karasmontana group 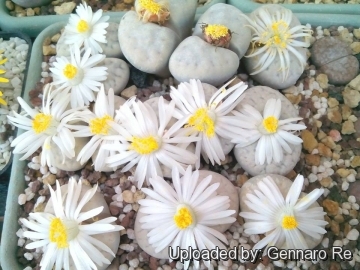