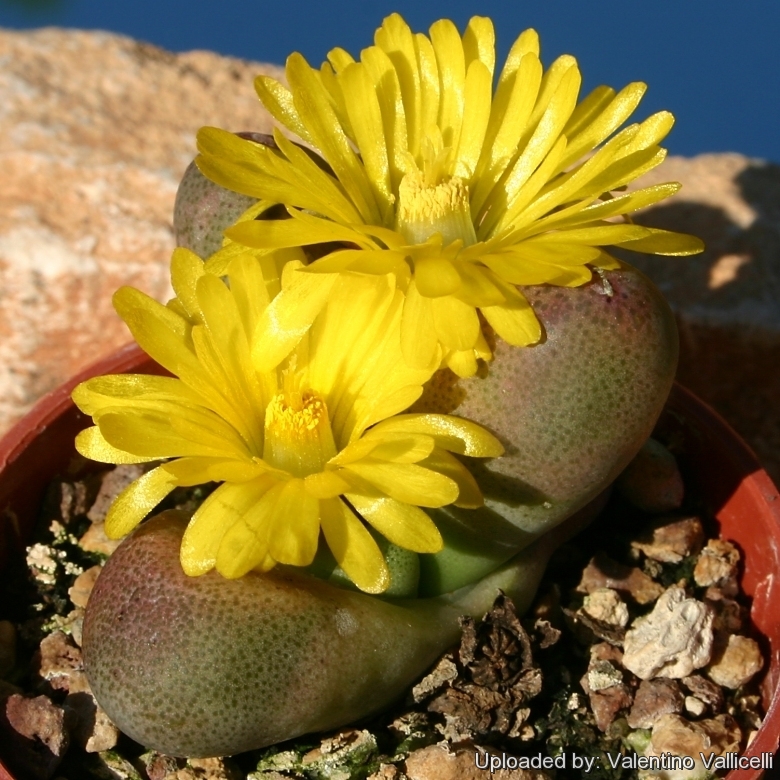 Origin and Habitat: South Africa. Western and Northern Cape Provinces (Tanqua Karoo and Laingsburg In the Little Karoo)
Habitat: It grows in very rocky environments and closely mimics the soil. The plant are rarely wetted by non-vaporous precipitation, receiving very scarce rain, none at summer, but ocean fog moves inland in the evenings, and this moisture sustains a wealth of succulent life in this harsh semi-desert region. Alt: 300 - 600 m.

Description: This is a small soft-skinned succulent mesemb much like a Pleiospilos. Tanquana hilmarii is the smallest species of the genus. In its native habitat it tends to remain unmbranched but often clusters in cultivation.
Body: Small, up to 35 mm (or more in cultivation) smooth soft to the touch which are not at all lumpy or rock like as in pleiospilos, brown-purplish to green-grey, dots all over, leaves are ovoidal- clavate (triangular with fat rounded tips) and never keeled.
Flower: Solitary, diurnal, yellow 25-35 mm wide producing a strong spicy scent.
Blooming season: Autumn, flowers opens in the afternoon and close at night.
Fruit: Capsule 10-locular with covering membranes and small closing bodies, and similar to those of Titanops hence the extraction of this genus from Pleiospilos.

Notes: Tanquana is a relatively newly erected genus of 3 or 4 species formerly included in Pleiospilos. Although the two genera look similar and both come from the Western Cape of South Africa, there are some reason to keep separate the two genus: keels are present on Pleiospilos leaves but not on Tanquana, and capsules are quite different. 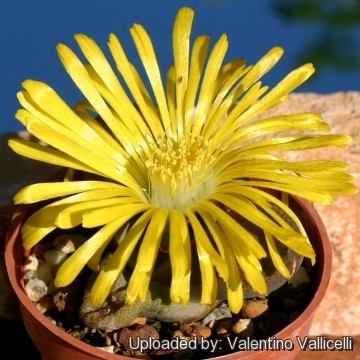 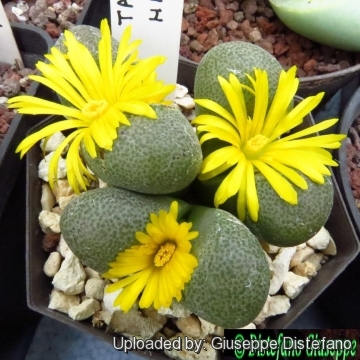 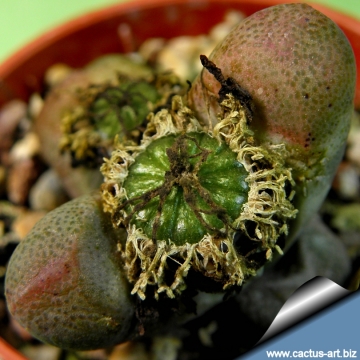 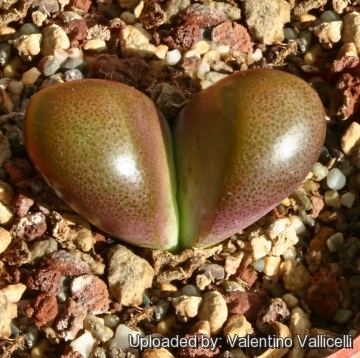 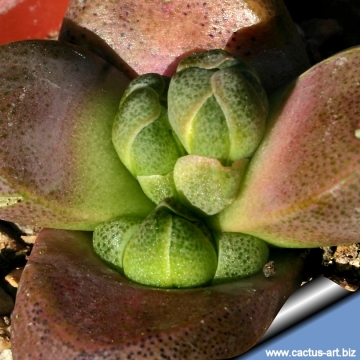 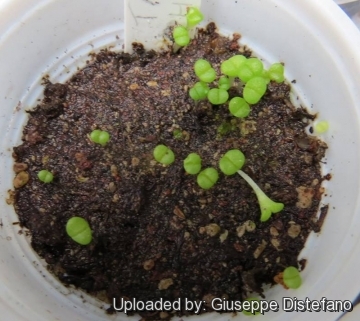 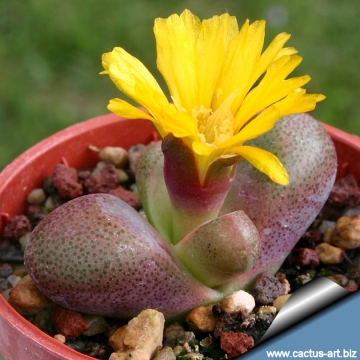 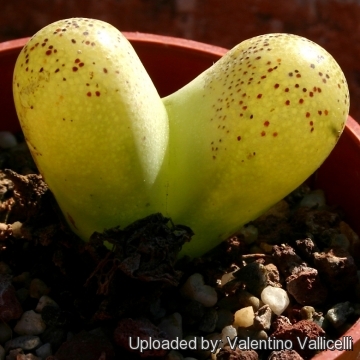 Cultivation and Propagation: Tanquana hilmarii is not too difficult to grow, although may not be easy for the beginners, it grows from September to March (in the northern hemisphere) and prefers a well-drained, mineral-rich soil.
Water sparingly, especially during winter when the new leaves absorb moisture from the ageing ones, and also in summer when the plants become dormant. It enjoy some shade (avoid direct sun as it grows wild among rocks) and in summer it need to be kept in a cool area. Outside the plant need to be kept sheltered from rain. Leaf scars or cracks may be a form of overwatering called "being left out in the rain"
Ensure a very good ventilation. Avoid to repot frequently. This plant may stay in the same pot for many years.
Reproduction: Seed. Sow the small seeds on the surface of a Well drained seed sowing mix at about 22°C.Tanquana hilmarii seeds will usually germinate in 30-90 days, even under good conditions germination may be erratic. Normally will only germinate with light, the germination of this species is improved by "Smoke". "Smoke" contains a butenolide compound produced by certain plants when heated, it speeds up or starts the germination of seeds from many different genera.