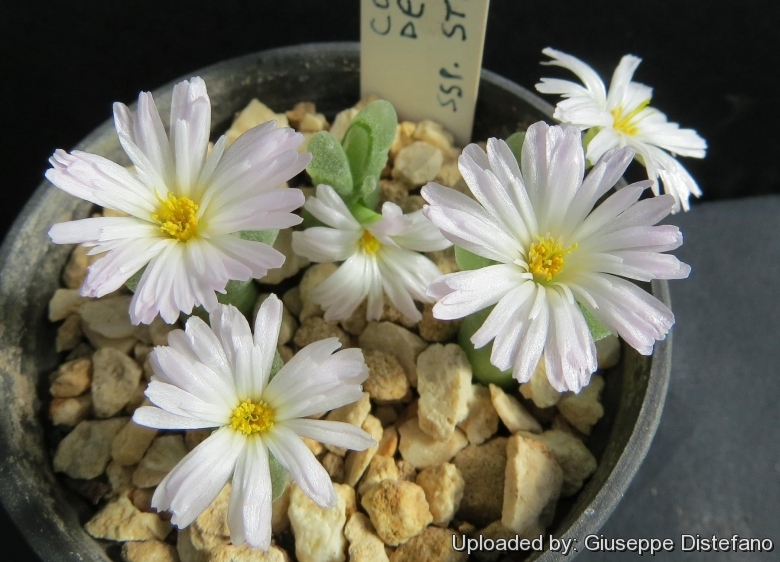 Origin and Habitat: Namaqualand, Northern Cape, South Africa. C. devium ssp stiriferum occurs to the northeast of C. devium ssp. devium.
Altitude: Up to 1200 metres above sea level.
Habitat and ecology:* Grows on quartz. The small heads tend to be buried in quartz grit and be almost invisible if not in flower.

Subspecies, varieties, forms and cultivars of plants belonging to the Conophytum devium group 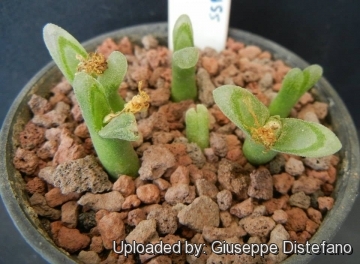