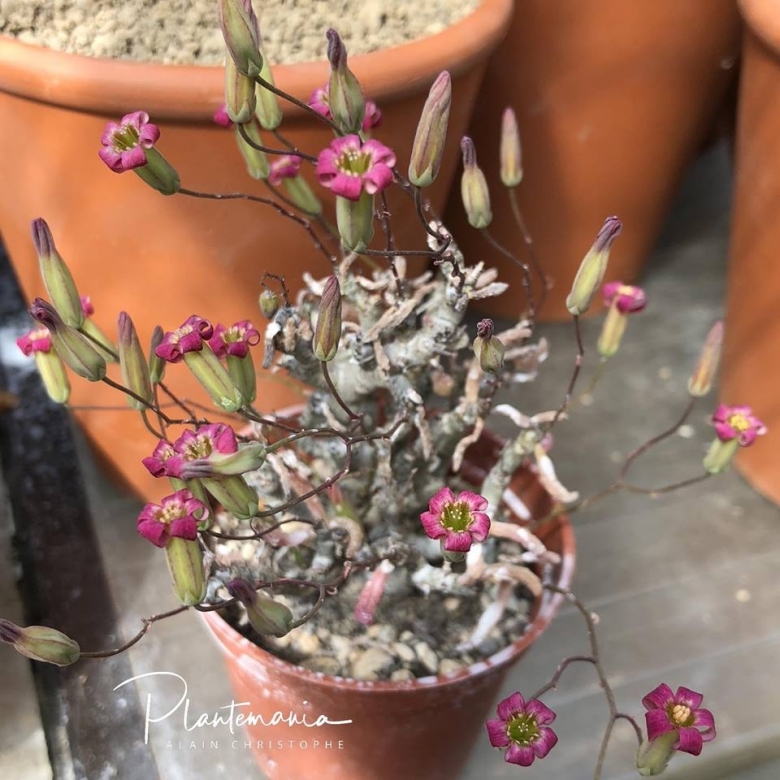 Origin and Habitat: Tylecodon schaeferianus is recorded from the coastal strip from Luderitz Bay in south-western Namibia to just south of the Orange River mouth in the north-western Cape Province (Richtersveld Coastal Duneveld, Western Gariep Plains Desert, Western Gariep Lowland Desert), in the Republic of South Africa.
Type locality: Namibia, Luderitz Bay
Habitat and ecology: This species grows on sandy or gravelly flats, often in exposed positions or in rocky crevices on shaded, south-facing among lichens. Flowering period: Late winter-spring (September, October). This species occurs on shales associated with diamond bearing gravel, and as a result, most of its habitat around Alexander Bay has been destroyed through mining or prospecting activities. Subpopulations are small, this species occurs in isolated clumps of a few plants, separated by large distances. 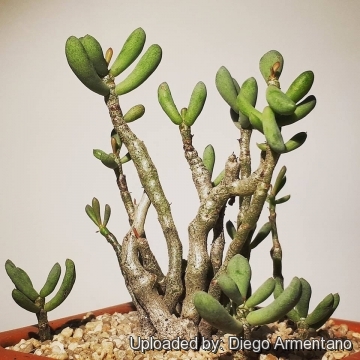 Tylecodon schaeferianus Photo by: Diego Armentano
Send a photo of this plant.