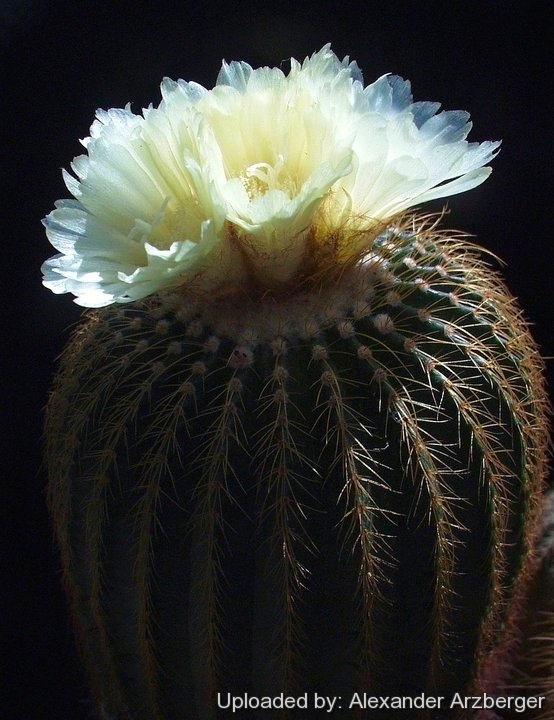 Description: As the name implies Parodia grossei var. aureispina is a distinct yellow spined form of Parodia grossei (syn: Parodia schumanniana). It distinguishes from Parodia grossei by its smaller and shorter stems (less than 20 cm thick and 1 metre long), while the number of ribs (about 16) is the same. The spines are much weaker, golden yellow to reddish yellow (brown), but more numerous 8-11, all similar, the lowermost longer. Occasionally 1 to 3 central spines are present a the bottom and (rarely) an additional central spine is formed among the upper 4 radial spines. The seedlings are similar to standard Parodia grossei but the spines are more numerous (often two time more numerous), radial and central are all very similar, but the lowermost radial are noticeably longer.
Flowers and seeds: Like Parodia grossei.
Seeds. Red brown, campanulate, 0.7 mm long, circumference at the hilum 0.7 mm and 0.5 mm thick, testa with very fine elongated warts arranged in rows. The hilum is dirty white, large a the whole basal size of the test, and has an elevated ring around. The centre of the hilum is raised (not flat) and the micropyle is not or hardly visible. 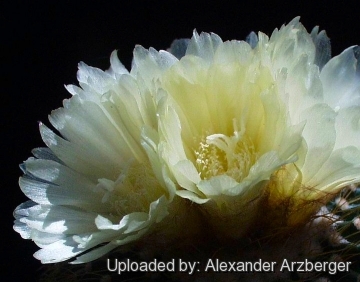 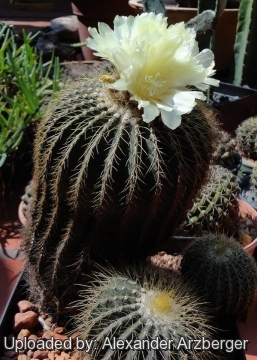 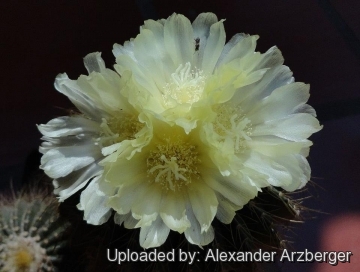 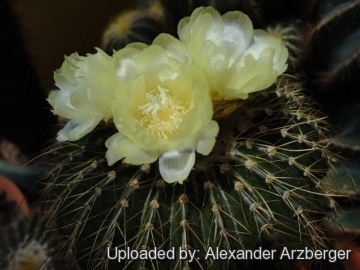