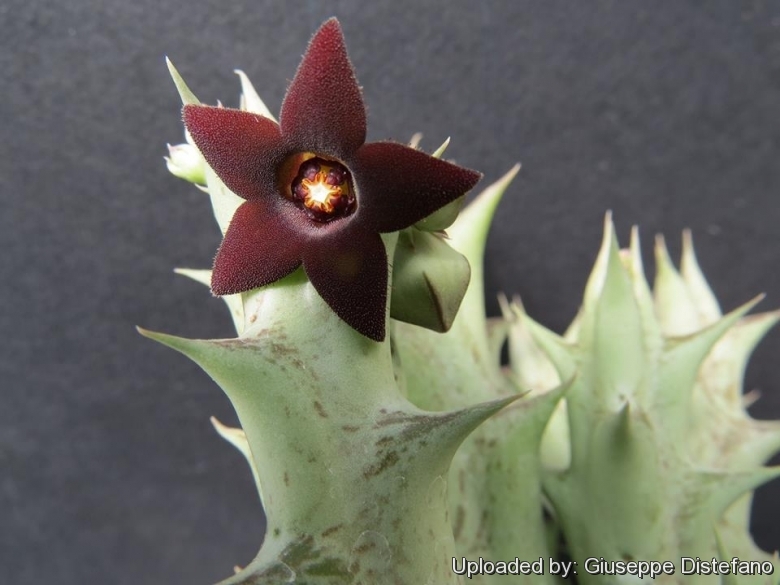 Origin and Habitat: Orbea decaisneana subs. hesperidum is the Moroccan form of the very widely distributed Orbea decaisneana.
Habitat and ecology: It grows dry regions along the coast from Essaouira to Sidi Ifni, and up to 150 km inland (Aoulouz). One locality was found in the Eastern Rif Mountains by Font-Quer. It is poorly recorded and it is not known whether it is threatened by genetic erosion. The species is poisonous and is not eaten by livestock. Consequently, plants are found growing out in the open and untouched, even in habitats that have been degraded by goats. Due to this and its relatively extensive distribution, this Moroccan endemic is of lower conservation concern. 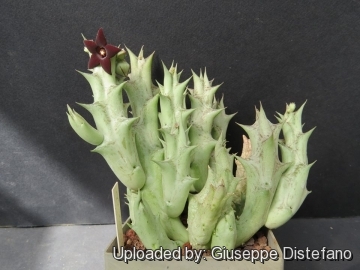 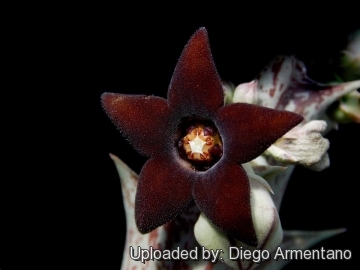