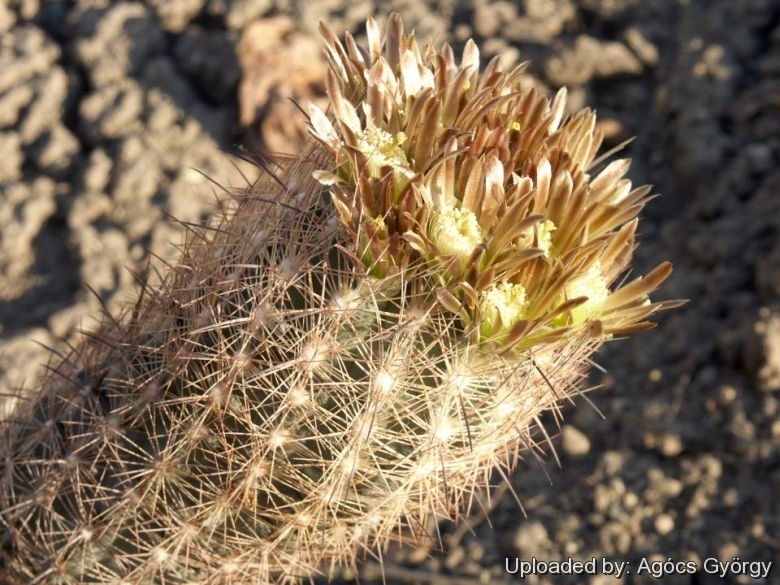 Origin and Habitat: Bolson de Mapimi (a.k.a. Comarca Lagunera), Durango, center-north of the Mexican Plateau.
Altitude: 1000-1200 m above sea level.
Habitat: The Bolson de Mapimi is a semi-desert plateau generally low and flat, closed at the bottom and surrounded on all sides by mountain slopes and covered for part of the year by lagoons, which during the rainy season overflow through the rivers Nazas and Aguanaval. The bottom of such lagoons are typically occupied by unvegetated shallow salt lakes or salt pans. The lowest area of a bolson is called the playa, and the lakes that form there are known as playa lakes. Although some playa lakes are nearly permanent, most are ephemeral. Vegetation is usually restricted to low gravelly hills in typical chihuahuan desert formations. This area is particularly rich of succulent endemisms such as: Coryphantha valida, Coryphantha poselgeriana, Coryphantha macromeris, Coryphantha kraciki, Coryphantha difficilis, Corynopuntia grahami, Epithelantha micromeris, Echinomastus durangensis, Echinomastus mapimiensis, Echinocereus stramineus, Glandulicactus uncinatus, Ibervillea sonorae, Mammillaria lasiacantha, Mammillaria grusoni, Mammillaria gasseriana, Mammillaria pottsii, Peniocereus greggii, Thelocactus bicolor, Ariocarpus fissuratus v. lloydyi etc. 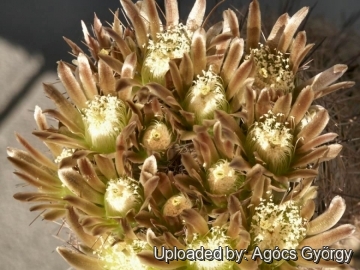 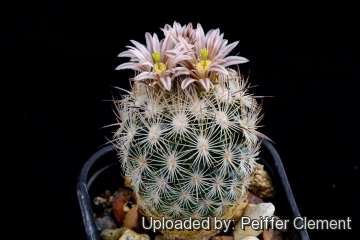 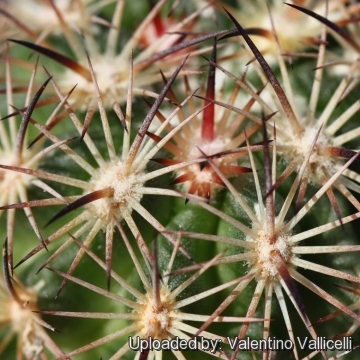 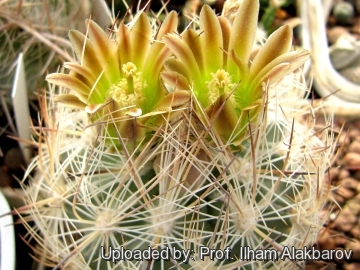 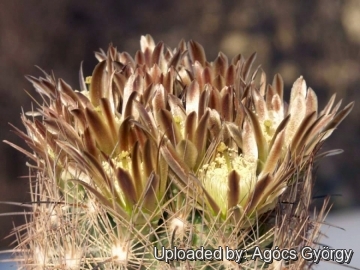 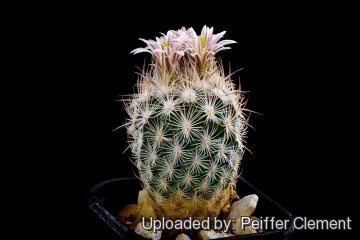 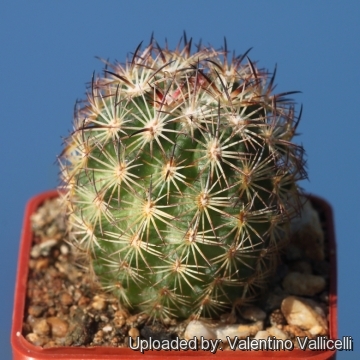 Young (not flowering) specimen. Photo by: Valentino Vallicelli
Send a photo of this plant.