Description: Astrophytum senile is a variety of Astrophytum capricorne, differing in its larger stems, which generally lack hair-flecks, and so densely wrapped with soft spines that the body is hardly visible, and looks like a dry grass bundle. Up to date many botanists don’t recognize the variety rank to this taxon which does not differ conspicuously from the other forms of the species.
Stem: Spherical to short cylindrical, up to 15 cm in diameter, epidermis darck green, almost naked or covered with with very few white hair-tufts.
Ribs: 7-9 (usually 8) sharply acute.
Spines: 16 to 20(-30), whitish, dark reddish brown till black colouring, later getting grey, bristly, flexible, square in cross-section, 5 to 7(-10) cm long and pointing in all directions that often form up spirals, they are so densely nest wrapped that the body is hardly visible and looks like a dry grass bundle. The lateral ones grows horizontally sideways at first and then buckle while the others point more or less upwards. After rain they get wet and become very flabby.
Flowers: Very showy, 6-10 cm in diameter, yellow (sometime orange or pink) with a red centre.
Blooming season: Flowers are freely produced in mid-summer from seedlings 5 years of age.
Fruit: Indeischent or splitting open by a basal irregular pore. 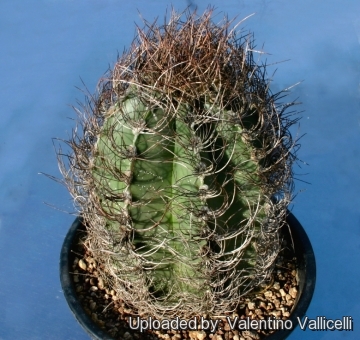 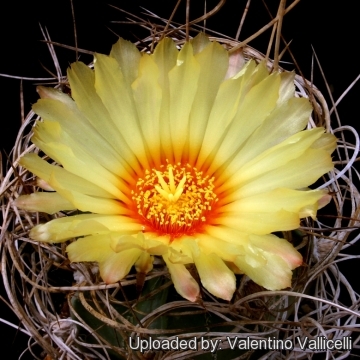 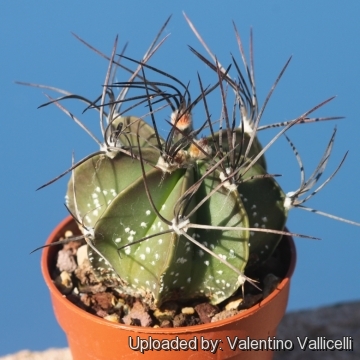 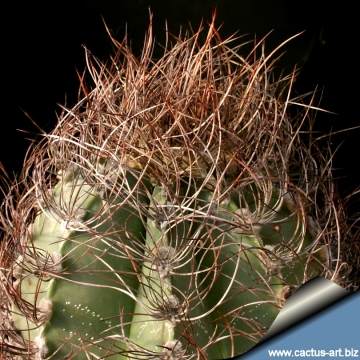 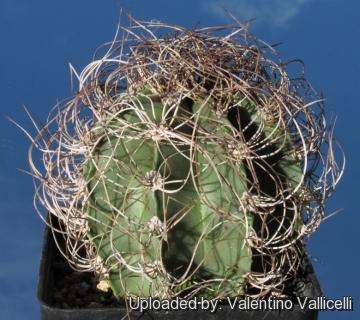 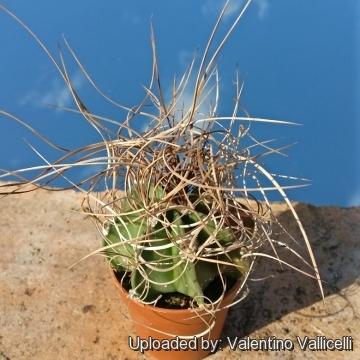