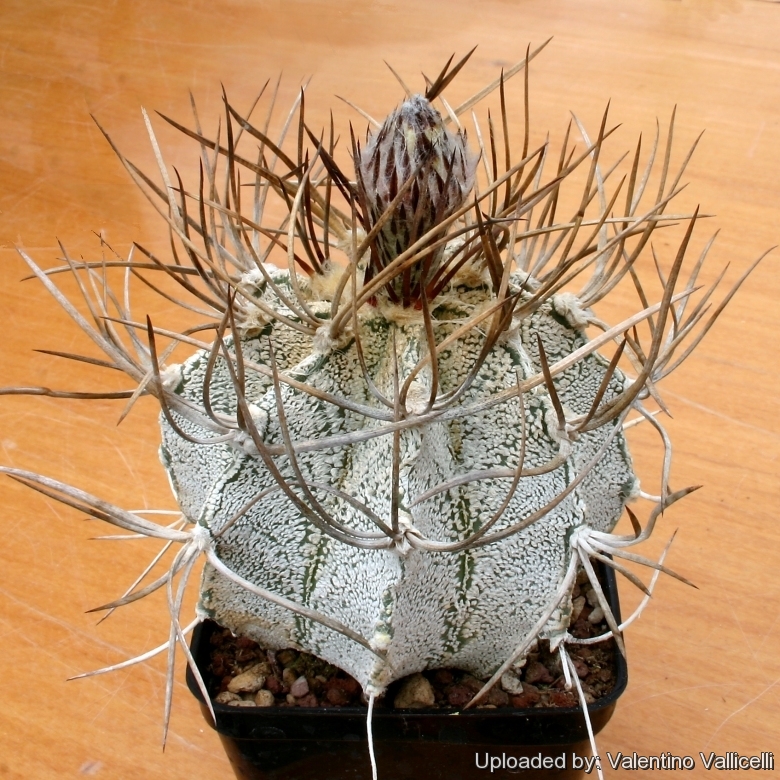 Origin and Habitat: Region of Cuatro Cinegas in the centre of the state of Coahuila (Mexico) The variety ’niveum’ is the more northern of the capricornes (Latitude 27° North)
Habitat: Desert of Chihuahua at an altitude of about 600 m among the impenetrable “Mesquite” woodland (spiny bushes) along with Lophophora williamsii, Ariocarpus fissuratus and Echinocactus horizonthalonius.
It grows in gravely soil among limestone rocks in a very dry area (±180 mm rain/year mainly from May to September).
The temperature is very variable either seasonally and daily. Freezing temperatures in the winter are quite frequent. The insulation and luminosity are also very strong. The seed dispersion in habitat is pursued by ants.

Description: A. capricorne v. niveum is bigger than var. senilis and var. aureum, and its dimension are similar to the standard species.
Stem: Robust, at first globular then cylindrical up to 50 cm tall, diameter up to 20 cm (this size correspond in habitat to a 50 years old plant). The epidermis is densely covered with white flecks that give the plant a furry look. The hairy scales are pure white also in the new growth, while in the type species the new flecks are initially brownish and turn into white only lately.
Spines: 6-8 per areole, striking strong of variable size (max. 7-9 cm long) flat, bent upward and not very wavy. Brownish-blackish that turn grey-chalky as they age. Nice yellow and white spined forms are also common in cultivation.
Flower: Medium sized, 7 cm (max. 9 cm) yellow with a red or orange throat.
Fruit: Fruit and seeds are identical to the standard species.
Remarks: A. capricorne v. niveum form nudum (Syn: Astrophytum capricorne var. crassispinum)
Recently (1985-1986) a curious A. niveum without the typical white flecks covering was fuond at about 10 kilometers on the west of Cuatro Cinegas. This ‘nudumum’m’ form grows in association with normal white flecked specimens. This plant caused many confusions among botanists and collectors because it has been also indicated with a different name Astrophytum capricorne var. crassispinum. Astrophytum capricorne and its varieties are very variable in their habit even in small areas. And it is understandable that today we often have problems to decide to which population plants belong

Notes: This variety has been discovered only on 1930 by Viereck on the North the town of Cuatro Cinegas, Kaiser made the first desription in 1933 with the name Echinocactus capricornis v. niveus, the same year Okomura renamed it with its actual name. 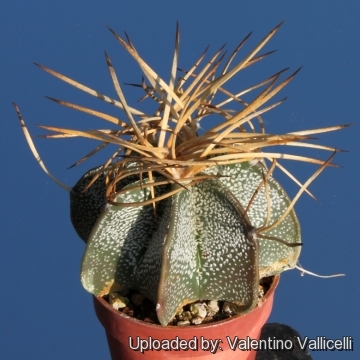 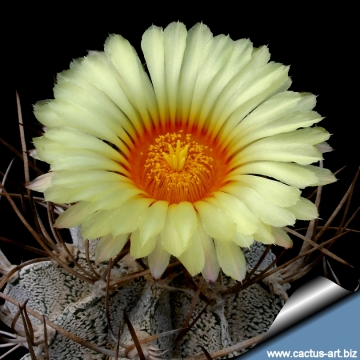 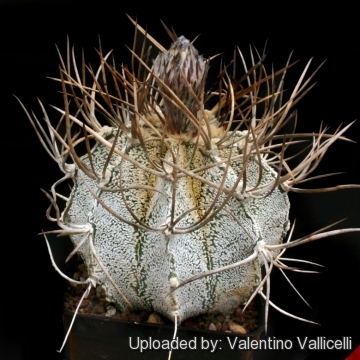 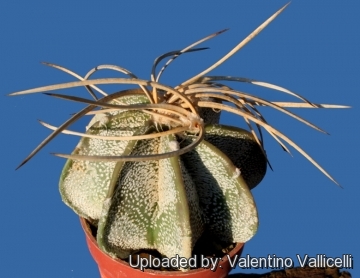 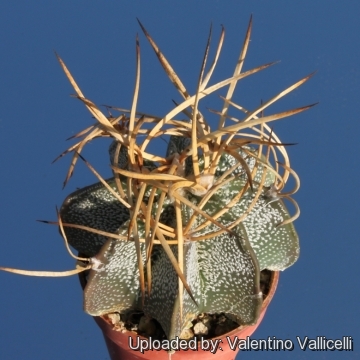