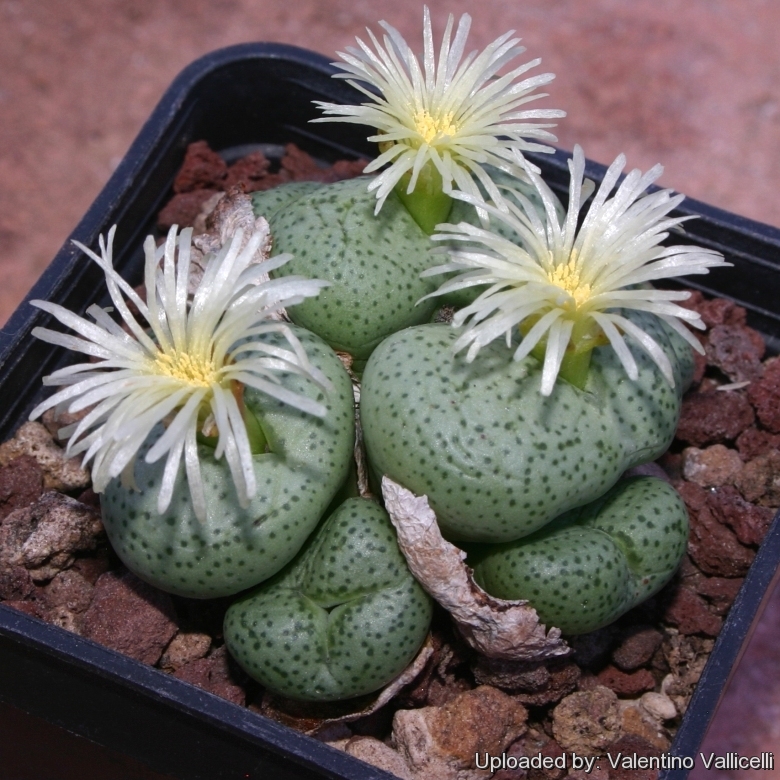 Origin and Habitat: Widespread in the Little Karoo , Western Cape, South Africa.
Habitat: They are winter grower succulents found in extreme dry areas in shale or quartzite rock crevices (or on gravel) - known as obligate rock dwellers - where they don't have to compete with other plants for water, space and light. They are found generally growing on east, south or west-facing rocky outcrops and slopes - very seldom north-facing (too hot). They are often found growing in amongst mosses and lichens and other shade lovers. They grow, receiving a bit of winter rain, none at summer, but ocean fog moves inland in the evenings, and this moisture sustains a wealth of succulent life in this harsh semi-desert region. Their flowers are pollinated by nocturnal moths.

Description: Conophytum truncatum is a slow-growing, clump-forming, perennial succulent that forms huge tight mounds of sometimes many hundreds of pea-shaped heads, each one of them consisting of one pair of reduced, fused succulent leaves that get absorbed and regenerated every year.
The so called "subglobosum" differs for the more rounded (not truncated) pair of leaves.
Stem: Stemless.
Bodies (paired leaves): It is very variable in form, colour and markings with a sunken fissure at the flattened tip. Stems ranges from small (4-5 mm in diameter.) to large (25 mm in diameter); from completely unmarked specimens to very heavily dark spotted or lined, and from bright green, grey-green, blue-green to having a heavy reddish coloration all often within a single population!

Flowers: The small flowers with spidery petals are nocturnal, and typically in shades of ivory-white, creamy, straw-yellow or salmon and very faint scented.
Blooming season: Plants flower during the fall months; each blossom opens at night. During the day the flowers close.
Roots: Very rudimentary filamentous root system.

Notes: Plants of the genus Conophytum are also known as 'living pebbles'. During the rest period (the summer months in Europe) a new body forms inside the old, gradually taking all the substances from it until all that remains is the skin, which dries and protects the young plant from the heat of the sun and excess evaporation of water. The resting Conophytum protected by this dry cover resembles a pebble and hence the name 'living pebble'. The growth period of most species is from August to March. The temperature should be about 10 to 12°C . 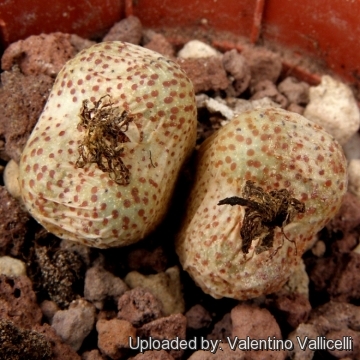 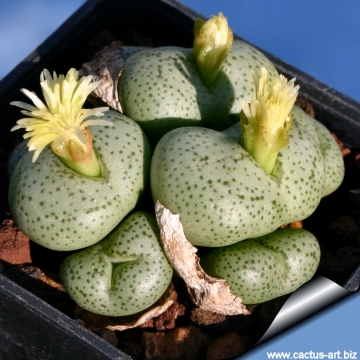 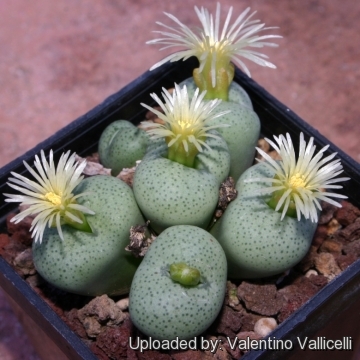 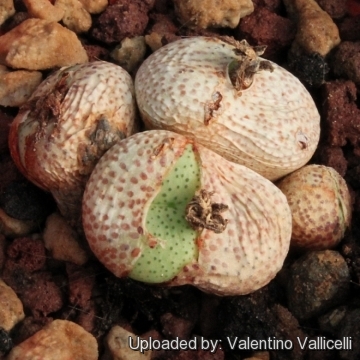 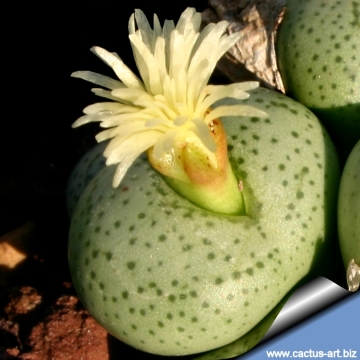 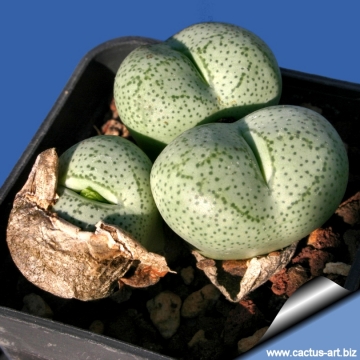 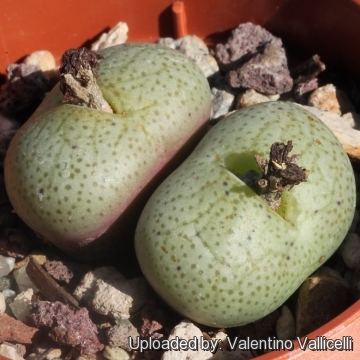 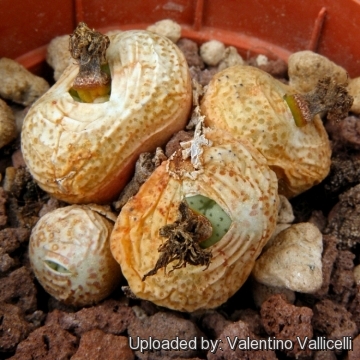 Cultivation and Propagation: All the forms of Conophytum truncatum are easy to grow. These plants grow on winter rain and head for summer dormancy. They require little water; otherwise its epidermis breaks (resulting in unsightly scars). Water minimally in summer, (only when the plant starts shrivelling), but it will generally grow even in summer if given water. Water regularly in winter after the previous year's leaves have dried up. Requires good drainage. Keep cool and shaded in summer, it needs full sun or light shade. Hardy to -2°C. Ensure a very good ventilation. Avoid to repot frequently. This plant may stay in the same pot for many years.
Propagation: It can be reproduced both by cuttings and seeds. Take the cutting from a grown-up mother plant. Each cutting must contain one or more heads along with a fraction of root.